In spite of all the hate, I like Windows 8

For all the Microsoft and Windows 8 hating going on, I like Windows 8. I think it's innovative and very cool--to use the vernacular. Windows 8 is what we've really been waiting for on mobile devices. And, it's what we've waited for on business desktops as well. It has features of Mac OS X, Linux and other Windows versions. It was brilliant of Microsoft to take the best bits from all of its competitor OSs, refine them and put them into Windows 8. You have to love that. You have to applaud it. I don't care who you are or which OS you're clinging to, Windows 8 is the future and you'd better embrace it or be left out in the cold with the Dodo bird.I don't know exactly why it is but people seem to resist change, even when it's good. It must be a human nature thing. I fell prey to it as well. I hated Windows 8 at first. But, I was converted after trying it. I'm one of the people who went from, "Windows 8 sucks" to "Windows 8 is cool."
I know there's a lot of hate going on here and elsewhere but maybe negative commentary is somehow more popular than positive. I don't care which it is. I speak my mind regardless of what everyone else is doing. And, I have the technical background to back up my likes and dislikes. That's the difference in those who are Technology Journalists and those who are technology workers who are also journalists.
Click to expand...

well if it's snap on the side, you click on it and alt + F4,,,, it work well for me...but why snap it on the side ? it's dam too small to read anything. Don't get me wrong, I will still prefer this stupid metro thing able to run on a floating windows

Doesn't work for me once it's been snapped -- I'm running W8 x-64 Enterprise version from Technet -- could be a bug -- in any case I prefer adobe reader or things like foxit pdf reader (free version).
(Even on IS keyboard (iceland) the ALT F4 buttons etc are the same as basic QWERTY keyboards UK / US etc).

I print using Ctrl+P, close by switching to Desktop, move the mouse to the top left corner, right click on the image and close. 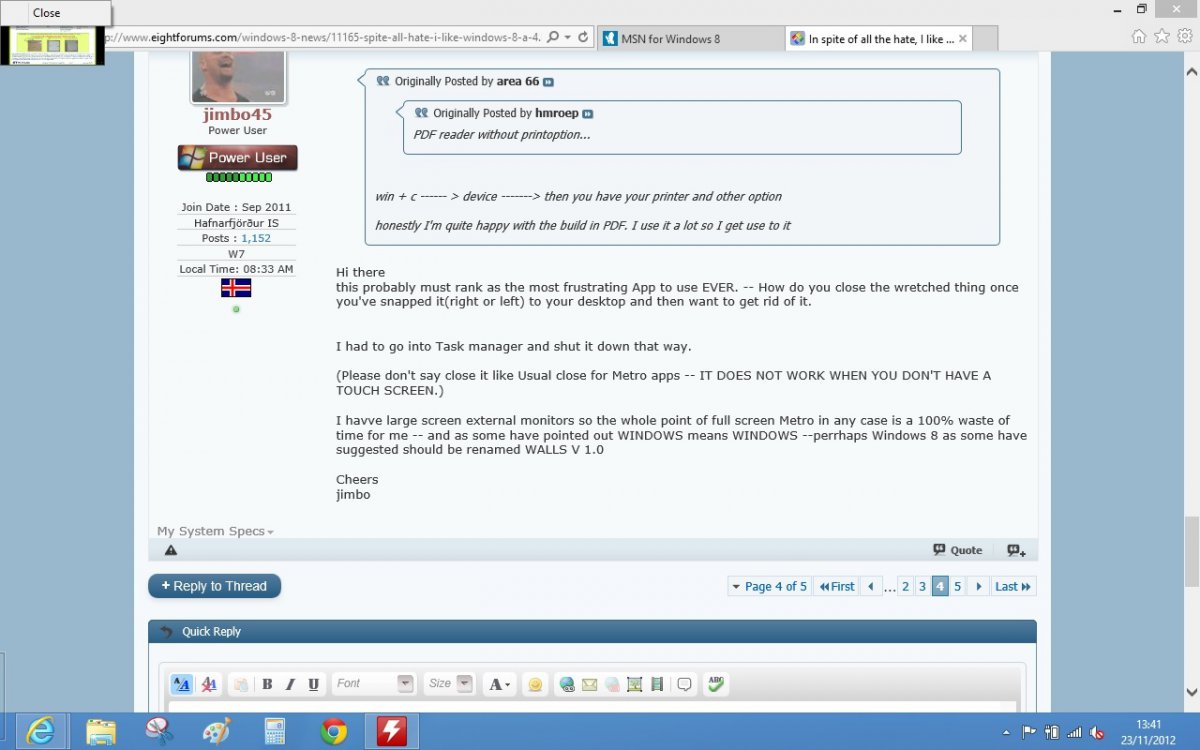 it do work for me , and if you look at my SS, it's enterprise too, and from Technet

you don't have the hand to slide it down and close it. but if you click on it it close with alt + F4, it's like that I close it again

I agree this show again a lack of quality control as it's should be the same as other metro apps, this is just poor not finished progaming 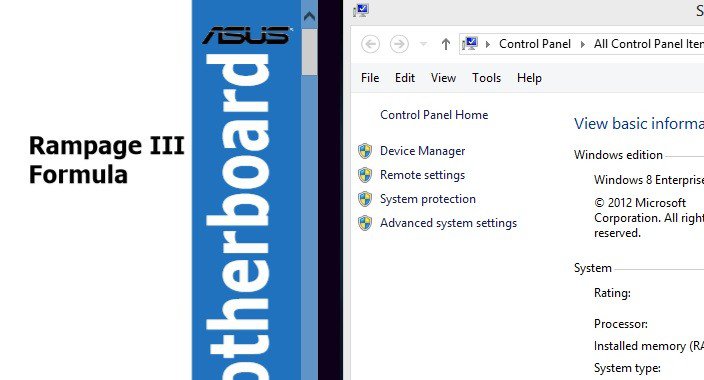