I've had one or two ideas for improving the metro start menu (I know that Microsoft will be improving things in the beta but I have had these ideas at the back of my mind and I wanted to know what people thought).

First off, I'm not going to make you imagine what I was thinking of because I've actually done some mockups but I warn you, I have no artistic or photoshop skills which you may notice (not something that no one with the skills couldn't fix).

What I feel is that going from 7 to 8, i have lost some functionality or I find it harder to do things i.e TURN OFF THE COMPUTER and also I feel things are a bit inconsistent (more on that in a bit) but I feel that the metro start menu has potential if microsoft optimises it for mouse and keyboard and doesn't make it feel like I'm running on a 640x480 res when I open the control panel when I've set my resolution to 1600x900.

So here is my first part of the mockup: 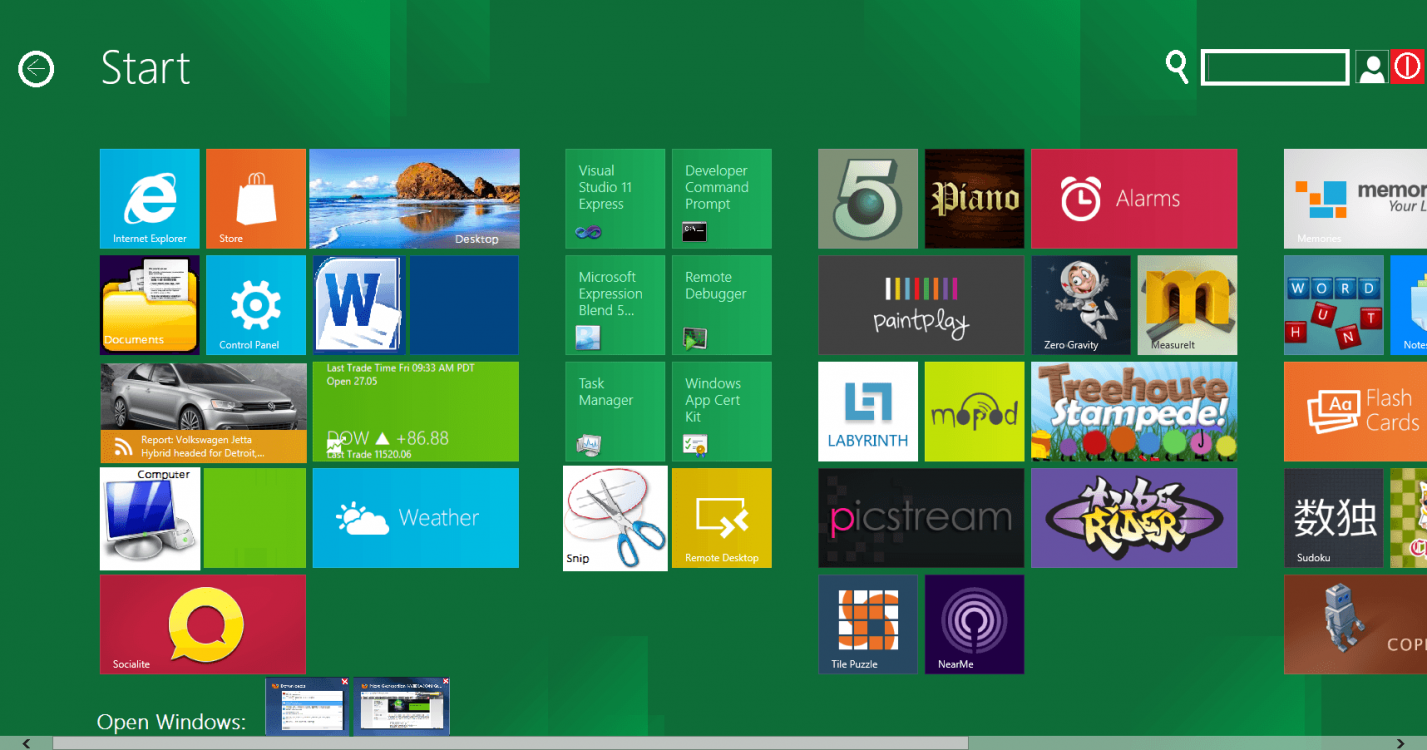 So lets take a look at what I've added. If you look at the top right I've added a much more accessable search functionality (i love windows 7 for its search that's embedded in the start menu and feel a bit lost without it in win 8.). I've also added a button that can allow the user to turn off the machine in one click (or restart through a popup dialog). With the search box I thought it would be a good idea to allow the user to type "run: " and then what ever else which would act like the normal run dialog.

The bottom left of the screen handily shows running apps/open windows and will allow the user to quickly close them in one place. Other than that you may notice a slight difference with the tiles. I was playing around with them and got a bit lost so I left them but Microsoft should make all pinned external exes have a large icon like the word tile that I created. It's much easier to distinguish apps this way when you compare it to the tiles to the right of the desktop tile.

Then there is the top left of the screen which has a windows phone like arrow. Pressing the button with the mouse/your finger or the left arrow key on the keyboard does this: 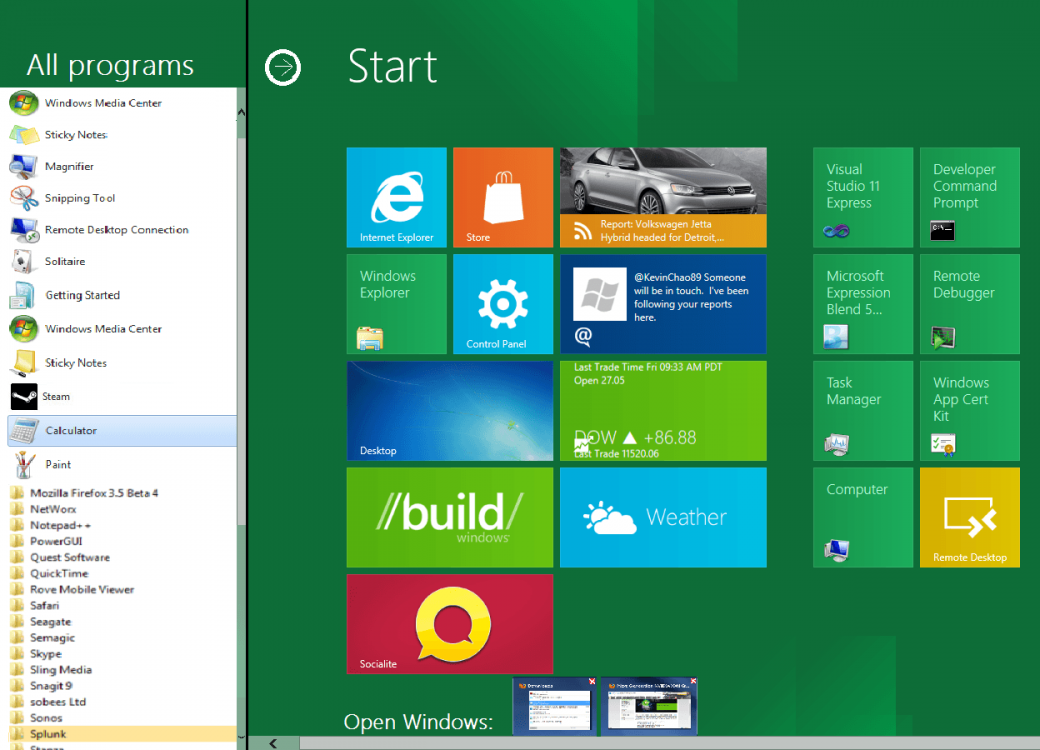 So it basically shows all the programs, just like the original windows 7/vista start menu would do. I wasn't sure however if it would be better to have the search box re-appear on top of the "All programs" text or if it would still be in view (from the previous picture) for better searching.

Some final ideas: I was thinking that it would be better if microsoft made the metro start menu transparent (40%-60%) so that you don't feel like your jumping into another world when you launch the start menu (That's kind of what I was talking about when I mentioned inconsistencies, i.e it being completely different to the dektop) Finally I was thinking that the desktop shortcut icons should be made bigger (occupy the same space but be as big as possible so as to look like a tile.) but I'm not sure about this idea.

Anyways, If you could tell me what you think that would be great.

I hope that MS will see that.

Kynix said:
I hope that MS will see that.
Click to expand...

I hope they do to. If people do like it, they should share it so that they get the message.

well if you know, microsoft isn't just banging rocks together there. I'm pretty sure, that microsoft might visit sometimes in this forum

Pro User
Gold Member
That's actually not that bad of an idea. I would like to have the power icon on the Start Screen. I was a bit lost my first few days to turn my machine off, I had to logoff and slide the lock screen off and access the power icon. Then I realized it was in Settings....

I'm kind of against having the search bar there, although it could be useful for some, but it really doesn't need to be there since the function is there.

Member
The smartest Windows 8 concept I have seen.
Plus if you want me to make some better mock up pictures I can do that too.

there should be an ability to pin documents and pictures to the start menu.

Coke Robot said:
That's actually not that bad of an idea. I would like to have the power icon on the Start Screen. I was a bit lost my first few days to turn my machine off, I had to logoff and slide the lock screen off and access the power icon. Then I realized it was in Settings....

I'm kind of against having the search bar there, although it could be useful for some, but it really doesn't need to be there since the function is there.

Yeah this way there could be less clicks to achieve the same thing.


Clayf700 said:
The smartest Windows 8 concept I have seen.
Plus if you want me to make some better mock up pictures I can do that too.
Click to expand...

Thank you. If you want to make some better ones I'd be more than happy for you to do that if you want. It would really enhance the mockups that I did. Did you like all of the ideas or are there only some you would keep? Plus would you be able to make it transparent so that we see the desktop background?


Kynix said:
there should be an ability to pin documents and pictures to the start menu.
Click to expand... 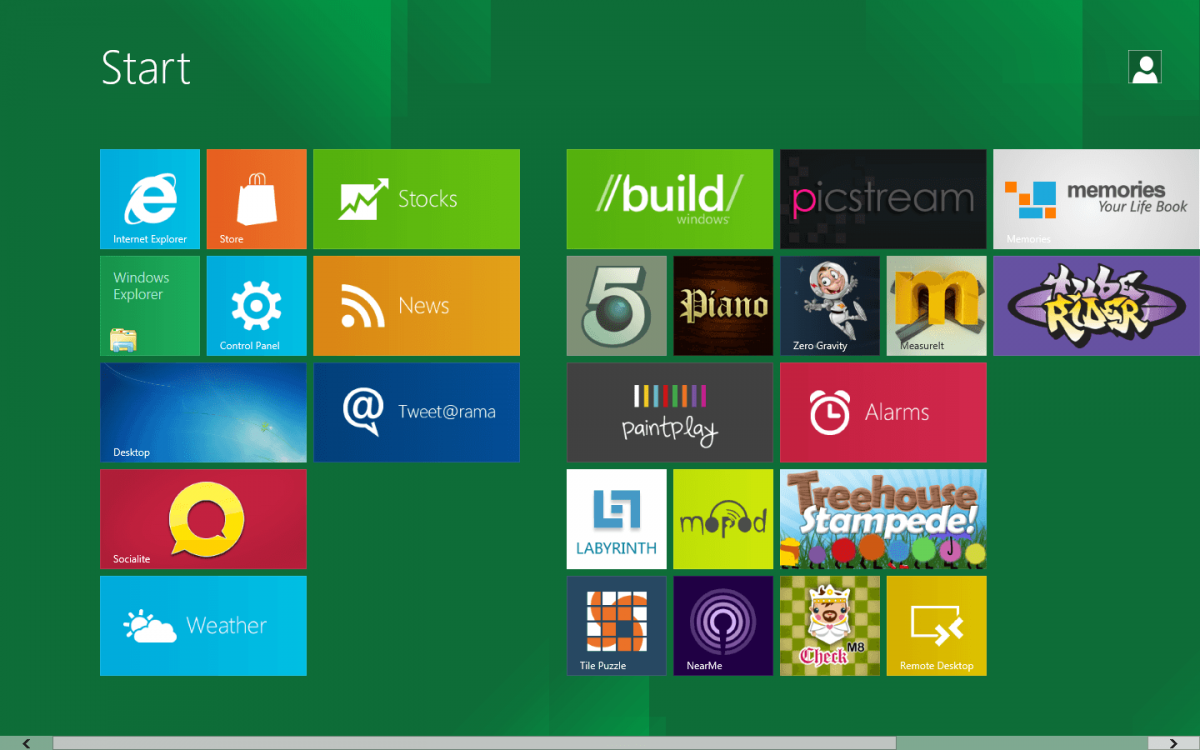 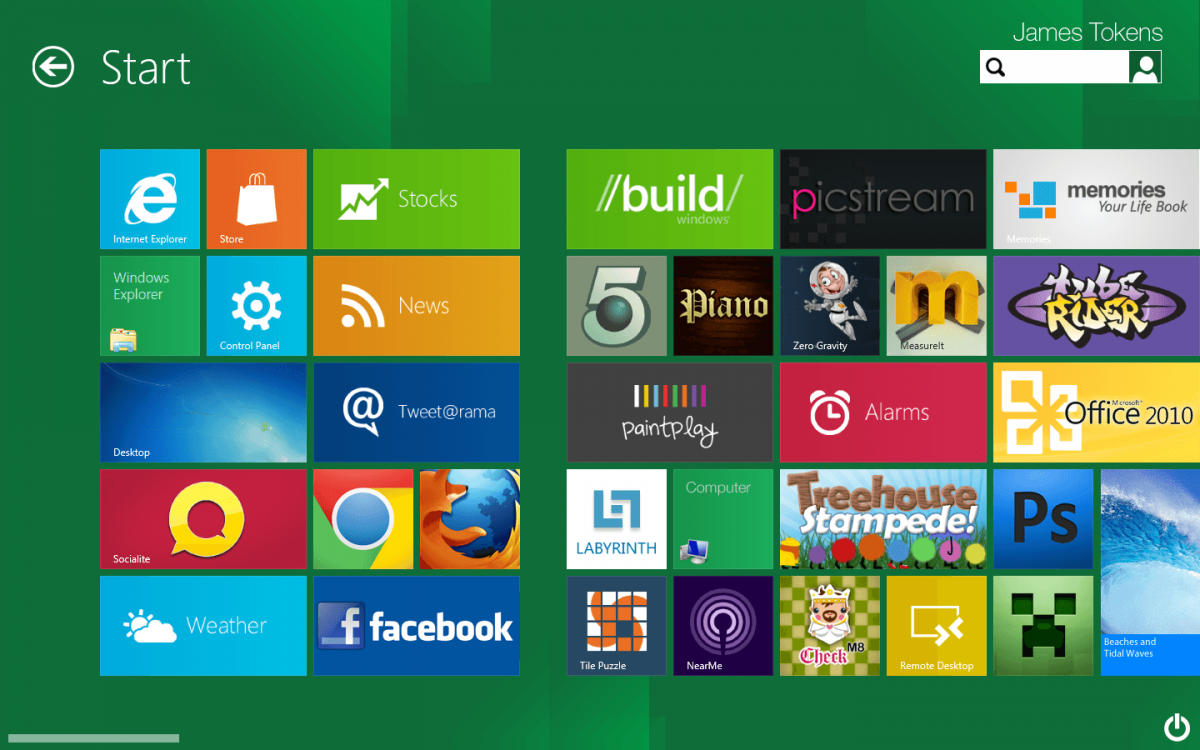 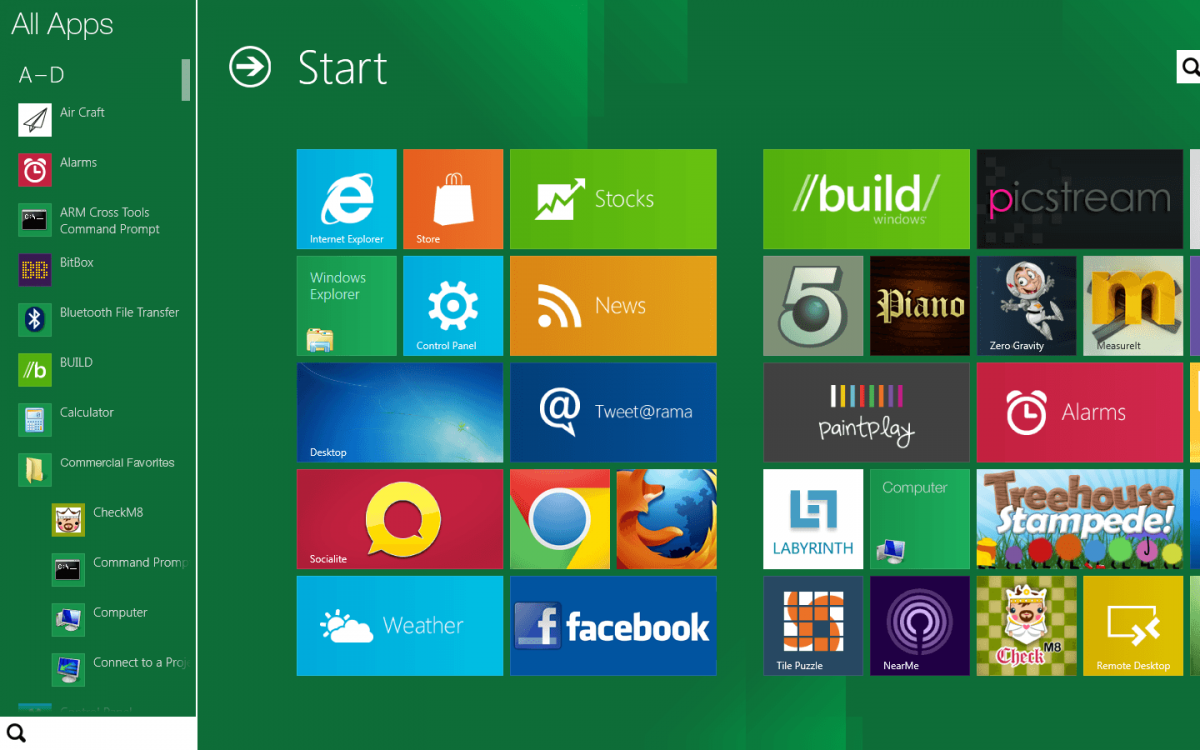 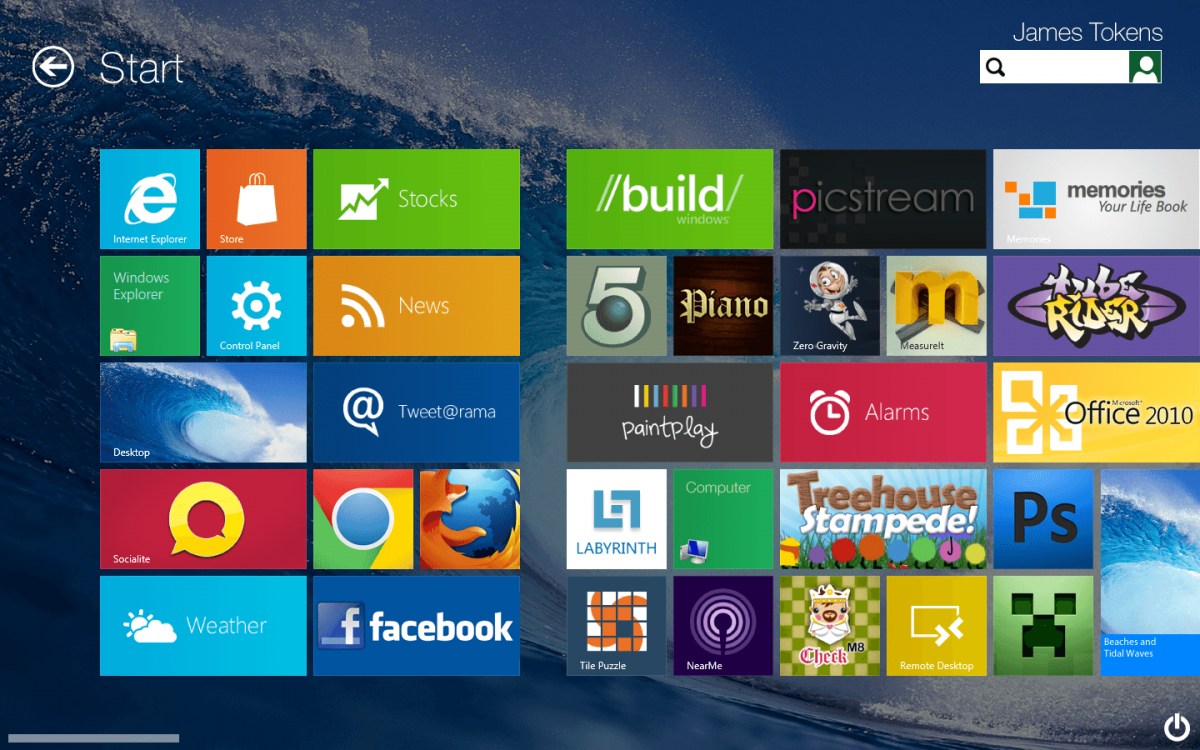 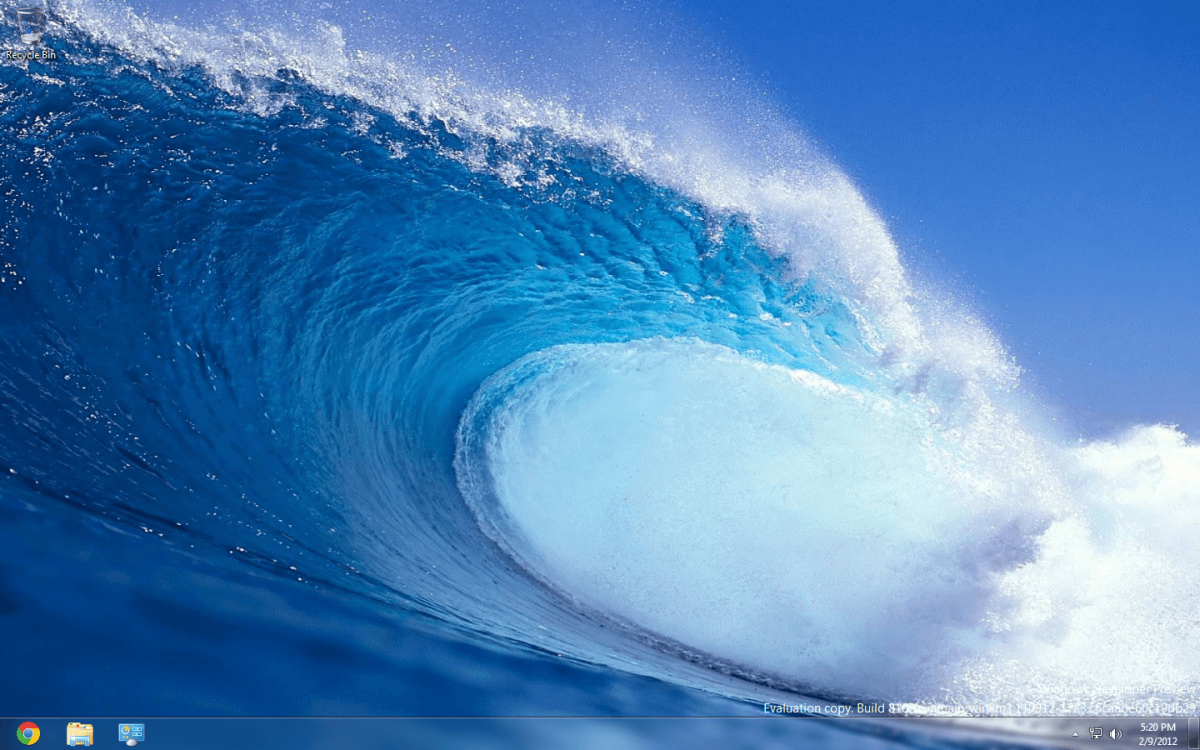 So yeah, tell me if they are too far from your interpretation, or if you want me to change anything.
-Clayf700

So yeah, tell me if they are too far from your interpretation, or if you want me to change anything.
-Clayf700

P.S. Microsoft, if you see this, feel free to take it right away!
Click to expand...

I think it's interesting, it could work.

I really like the idea of having the tiles hover over the Desktop wallpaper, I actually thought of that once! I think having it that way would make desktop users more accustom to the Start Screen, or Start Tiles....

But I'd love to seen the Start flag back in Windows 8. I noticed something today, the ONLY place where a Start flag is noticeable is on the Desktop View. You'd have to swipe the Charms Bar on a touch screen or Win+Shift+C to do such. It's kind of sad. I'd think it would be nicer if Microsoft plays off their boot animation from Windows 7 and implement it for Windows 8. Instead of having that circle animation go, it'd look cooler to have the Start flag glowing, maybe metro styled and much larger to fill up more of the screen. And when the system resumes from hibernate, your lock screen is used as the background while it says, "resuming Windows." Another thing I thought of for the boot screen, when the system is booted and right before the Start Screen appears, the glowing Start flag does that metro flip animation like it seems to be on the latest Windows 8 builds, and the Start Screen and tiles appear.

I also thought of having on the Desktop View for the Charms bar, instead of having text with the Charms, it can be like how it is on the Developer Preview build where they appear when you hover over the Start button, but without the text and black background. It'd be much like how in one of those leaked screenshots of the latest build of 8 when the Charms icons just appear in white. I'd live to see something like that, but condensed so it's just a small vertical row of Charms, when one hovers over a pinned Start button.

Yes, Microsoft should take a gander at this....

Pro User
Gold Member
The power icon could actually go to the left of the User Tile, and shift over the tile and user name over a bit, so it's drop down list.

Member
The search box and the power icon on the start screen were two things I was complaining that needed to be on the home screen, I mentioned it should be exactly where you put it ....... glad other people feel the same way! It really does make the experience that much more usable.

Your Interpretation Metro: even went a step further, I think these ideas truthfully would make Windows 8 far superior to the competition.

More like Windows 8: Improved edition (Sounds like Windows 98: Second Edition). Much more usable for mouse and keyboard users (Those who have been using the operating system from the beginning.)