I have a 3-monitor desktop setup running Windows 8.1 (as a host OS.) I use one monitor exclusively to run VMWare Workstation 10. When VMWare first loads up at host PC boot I click "Enter full screen mode" button, which expands it to the size of that monitor. I then usually load several guest OS's into it.

My host OS is set up to show a password protected screensaver after 5 minutes and then turn off the screen after 20 minutes of inactivity.

So what I've been noticing (and yes, this is repeatable) is that sometimes when I wake the screen & log in to my host computer in the morning, most of the guest VMs don't seem to respond and show just a back screen. (Note that it doesn't happen all the time and is somewhat sporadic.) Here's a quick animated GIF screengrab to show what happens afterwards:

As you can see, only the first VM seems to respond to clicks, the rest appear dead. Note that if I try to send Ctrl+Alt+Del keyboard sequence to any of those "hung up" guest VMs nothing happens. The only way to recover from this bug is to force-quit the VMWare Workstation itself, or reboot the host PC, which are both analogous to me flipping the power switch on all guest VMs (with data being lost in them) which is very annoying!

So I'm curious if anyone knows a way to recover from this bug w/o force-quitting the VMs?


PS. I obviously posted this question on VMWare forums, but to be honest, I don't have much faith in them. I tried it before and I never get responses from them. From my experience VMWare has a very bad customer support. Or, I should say, they're "too big" for a single user like me.

PS2. I also checked online and there was an update v.10.0.7 build-2844087 to VMWare that I installed, which unfortunately didn't fix anything.

Member
I have noticed this behaviour in VMware 12 after creating a new Windows 7 VM and a Vista VM I put it into high performance mode disabled Hibernation, Sleep, Screensaver, Hard drive . I think all I really had to do was disable hibernation.

Here is how to do it in Windows 8
http://www.eightforums.com/tutorial...u-add-remove-sleep-hibernate-windows-8-a.html 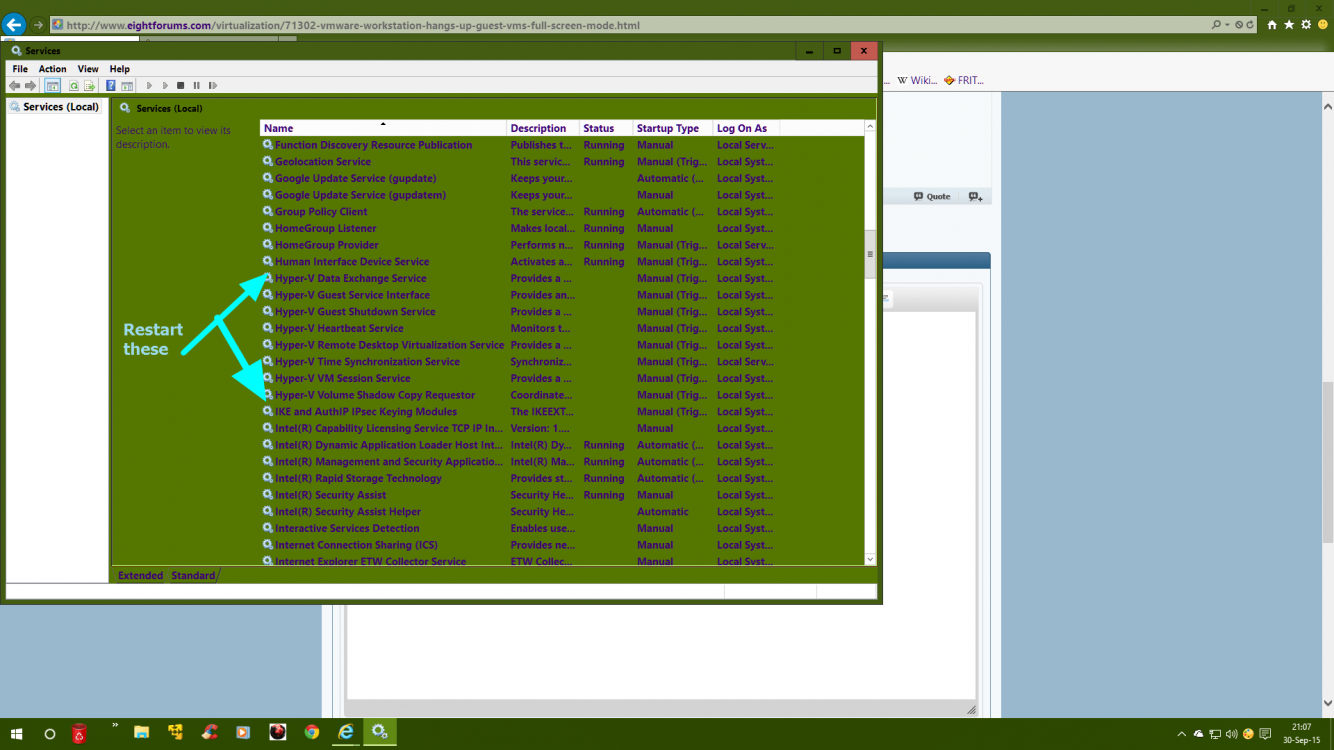 Thank you, guys. I don't think the issue in on the guest VM's side. And no, I don't have hibernation, nor sleep enabled in them.

As for Cliff's idea to restart services, it might be a good idea, except knowing which ones to restart. There's quite a lot of stuff that's running there: 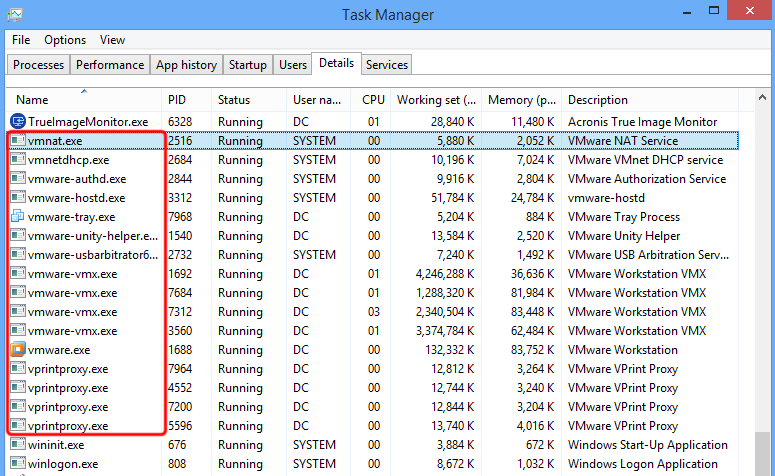 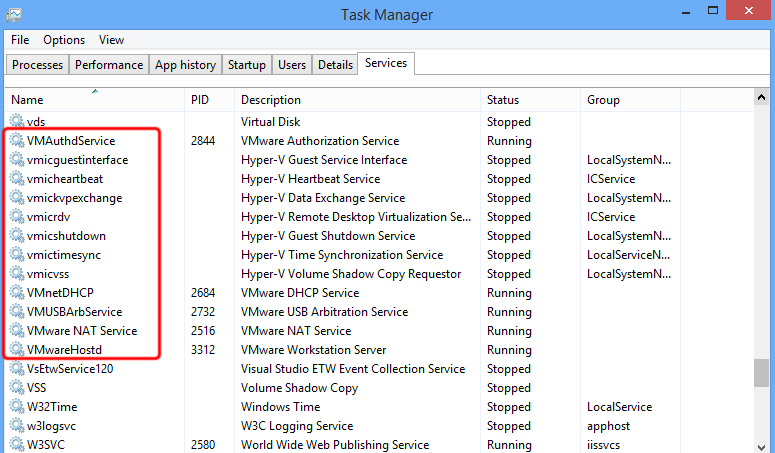 I had the problem where I suddenly couldn't "find" my Ubuntu VM, and activating clicking the .vmx gave me an error(I forget now what it exactly said) that lead me to check out services, and I just went down the list> right click>restart...

VirtualBox is more easy to use and low memory. VMWare have so many processes and services running in the background altho its off.

chinitared said:
VirtualBox is more easy to use and low memory. VMWare have so many processes and services running in the background altho its off.
Click to expand...

The thing I didn't like about Virtual Box is its poor integration with the host. For instance, I couldn't drag-and-drop files from host to guest and vice versa, plus I couldn't copy and paste between guests and the host.