This isn't a technical thread as such. Just wondering if any of you are still running Windows 8.0 instead of 8.1?

Don't get me wrong, I do realise that Windows 8.0 will be going out of support in January 2016, chances are Windows 9 should be out by then so that should be a suitable upgrade. I have also deployed 8.1 very successfully throughout most of the computers at work and a Windows 2012 R2 solution for RDS. Still running Windows 8.0 is just a choice I make on my main personal machine.

These are all just opinions.

I just don't like the way Windows 8.1 seems to be so fragmented, it's as if it isn't sure what it wants to be. The most annoying thing is how the tiles on the start screen take the main colour of the icons background. This looks like a complete mess once most tiles are pinned to the start screen, especially for application icons which are almost a solid colour.

The way the taskbar shows up over ModernUI apps and the start screen is another thing which just seems like a quickly put together solution. It's as if they were going to make the ModernUI apps windowed in 8.1 but stopped half way through leaving it with half done sort of solution. Especially the way the title bar and close/minimise buttons do not always show up as expected.

The start button seems like a pointless addition. I understand that it's a visual cue to reduce confusion. I totally agree with this and that it's on by default but where's the option to switch it off. I find it totally unnecessary, the way Windows 8.0 works is fine for me.

There are also more apps in 8.1 which cannot be removed. In 8.0 it's possible to uninstall every single app except the Store. Since the defaults have changed to desktop apps when being used on a desktop, why not have the option to remove apps such as Pictures, Camera, OneDrive etc. These can all be removed in 8.0 so I can install just the apps which I want to use.

Does anyone else agree or have you all upgraded to 8.1?

Vince800 said:
Does anyone else agree or have you all upgraded to 8.1?
Click to expand... 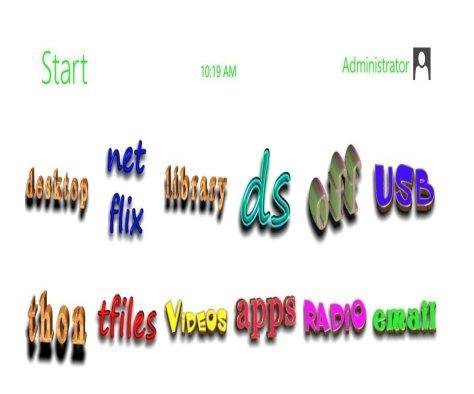 With all the confusion at the beginning offers for 8.1, along with issues, many had,
I decided to just keep mine with 8.0.
All this time between the first offer of 8.1, reading this forum, I knew my decision was right for me .
I've NOT been wrong.
Thanks for your info. on 8.1