Speed: Is it improving?

DooRules said:
Never have seen these so called w8 speed increases outside of boot times. Throw a couple of hundred windows updates onto w8 and lets see how snappy it is, lol.
Click to expand...

That's why every 5 years we do an Upgrade as opposed to installing the next Service Pack.

Here is my story with updates and slowness, on an XP machine, actually 2 of them.

I have a Acer Aspire 3000 laptop, which needed a fresh install of the OS to work, and seeing the hardware was so old, I opted to just install XP again, as it is known to be very responsive on old hardware.

I installed a fresh copy of XP, on a cleanly formatted partition, so no Repair Install garbage here.

Lappy was happy and ran very smoothly. I wanted to put some programs on it, but newer programs like the latest MS Office, which was 2010 back then and Google Chrome required packages, which in turn required SP1, 2 and 3.

Two days of downloading, installing, rebooting and installing more updates from MS later, the laptop was barely working, and the OS was very bloated, taking up almost 6GB before installation of any other software. Speeds were so slow I wished to kill myself. All this trouble to refresh that laptop and the supposedly old, trusty and snappy OS was working very, very slow. Programs took very long to execute and complete whatever they were doing. I pulled a few tricks to speed it up a bit, but it was not as fast as a brand new out-of-the-box XP install.

I have another laptop, which is literally from the stone age, much older than the one in the above story, and it runs on XP which has never been updated, and it runs actually faster than the newer laptop after all the updates.

Moral of the story - yes, updates bloat and slow down the OS. When your OS needs too many updates to keep performing its basic functions properly, you are better off installing the newest version the hardware can take, because at least you will gain more features in addition to the slowness, and not just tons of extra slowness with the same old features, just slower.

Exactly the same happened on my Aspire 7720. I downgraded (self install) to xp 64 just to see how the fresh install was flying fast. Two days and 5gb of updates made it crawling slow. Pity, that's why I choose fresh XP's to run in VM's and a more decent updated OS like Win7 as a host.

On the Aspire laptop, I decided to go back to Vista which came preinstalled initially. The only thing to mention: they gave me x86 Vista and I replaced it with x64 SP2, same legal key and no worries. Maybe will try 8 in VHD here to see it go but it's not like it's gonna replace the good old Vista on this machine soon. The only annoying lagging thing is after more than 3GB memory (out of 4GB) allocation for render work it begins to be less responsive just when it gets the memory back. Then it will become normal in a minute or so. I'm curious how W8 will handle such a situation, and if the memory management is slightly different.

I remember Xp SP3. I fondly called it the "vistafication of XP." It slowed things down on my Dell tower back then. I had everything running pretty and smooth and I thought I had all the updates installed up to SP2. Nope. Installed it, and notice a hit to performance.

Now, Windows 7 on the other hand has had a service pack and hundreds of updates, still goes strong.

I'm too much of a cheapskate and just downloaded server 2012 RTM on Dreamspark student for free. Unfortunately it doesn't have the hybrid shutdown tech that speeds up startup and shutdown a lot. So down to the speed comparison:


Same Programs and Apps on startup. 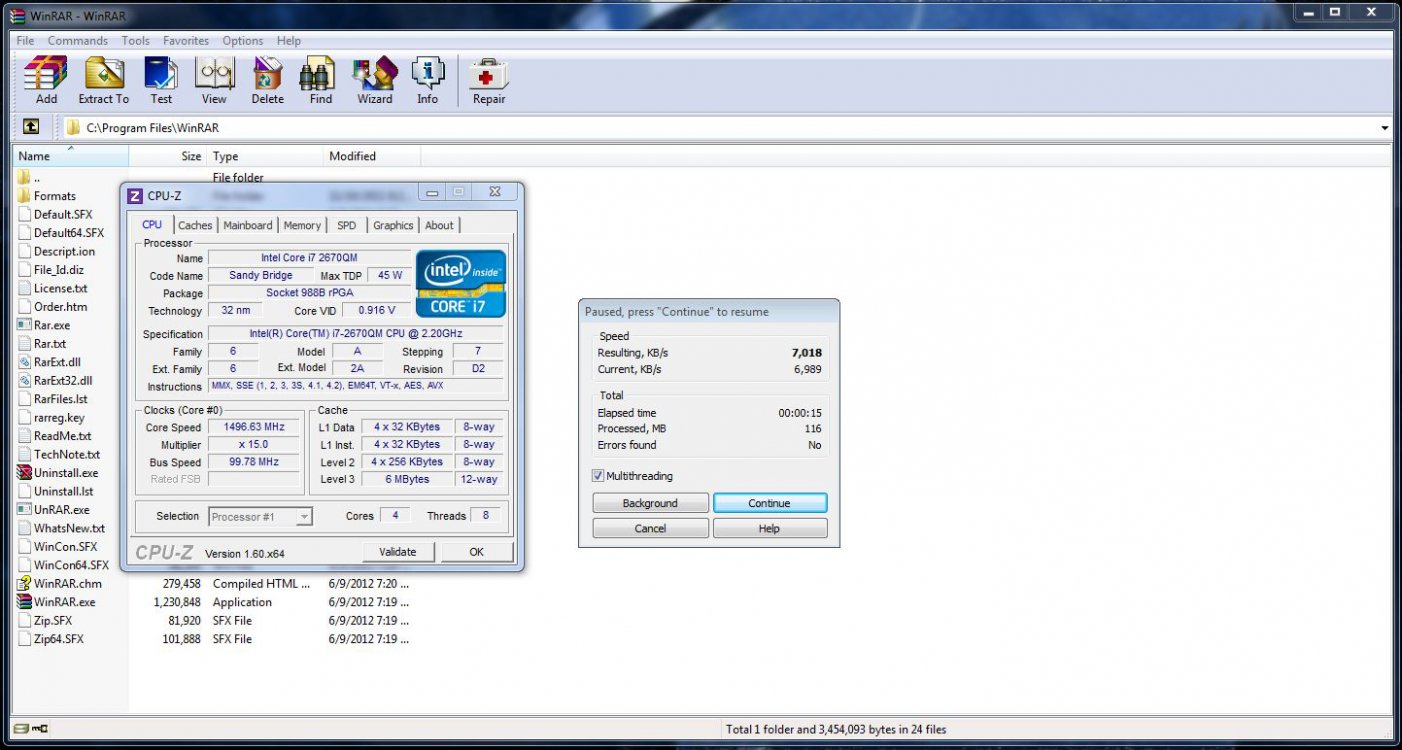 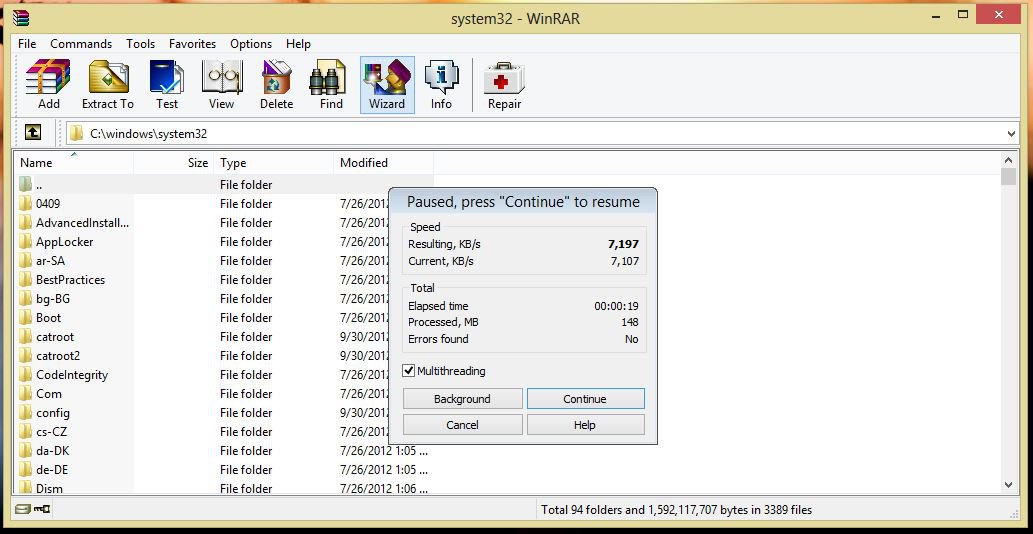 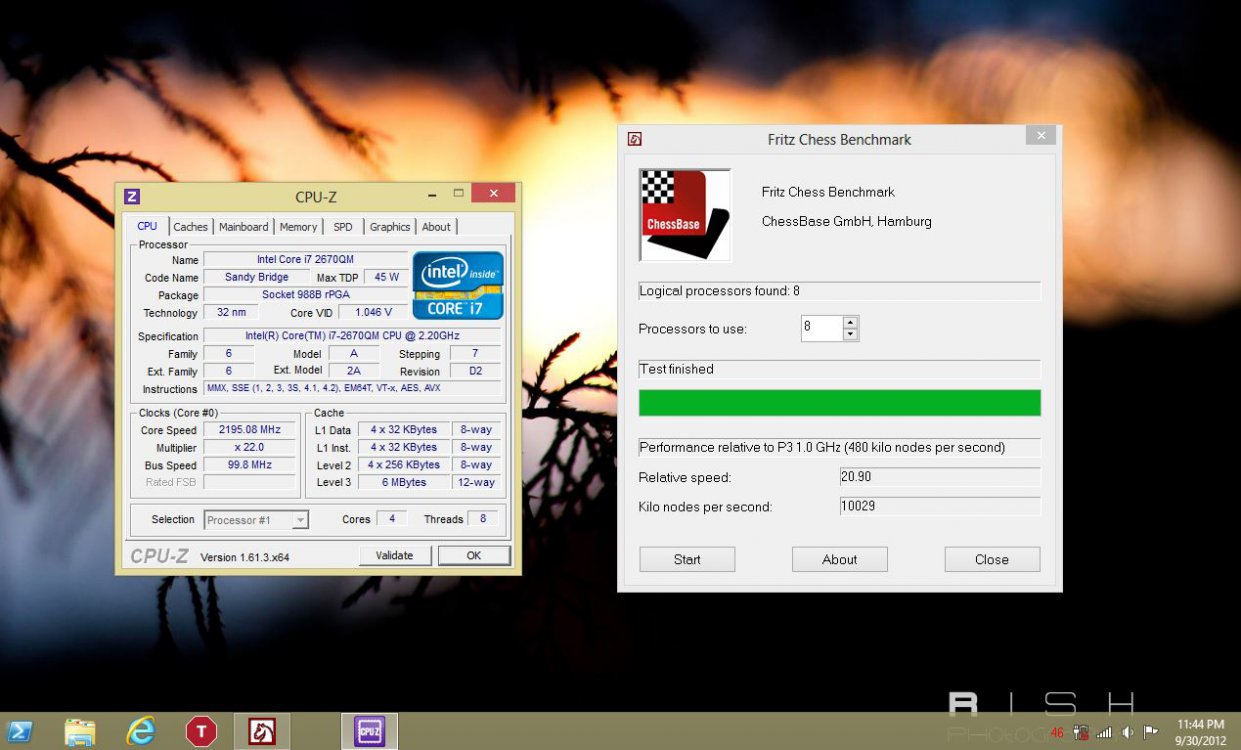 After idling for 5 minutes, server 2012 definitely feels faster in launching apps and multitasking than windows 7.

I have been using windows 8 for the majority of the weekend, and on my SSD it is flying.

I used to be at the stage where i had to wait on the OS to keep up, no matter if it was Xp, 7 or Ubuntu x64. Now it seems like Win8 is waiting for me to keep up with it.

I have had a couple of problems, such as when im gaming and i scroll down the side of the screen to move the map, it minimizes the game and brings up the settings menu, which is very annoying, especially when im in the middle of an attack of some sort.

Other then this and a few other glitches/bugs i am very happy with it, and i wouldn't go back to 7 unless i found out my games didn't work in here or that i found out MS was breaching my privacy with it such as Origin

theveterans said:
I'm too much of a cheapskate and just downloaded server 2012 RTM on Dreamspark student for free. Unfortunately it doesn't have the hybrid shutdown tech that speeds up startup and shutdown a lot. So down to the speed comparison:


Same Programs and Apps on startup.

After idling for 5 minutes, server 2012 definitely feels faster in launching apps and multitasking than windows 7.
Click to expand...

Nice comparison + screenshots. Thanks for sharing.

Notice that winrar uses only 1.5GHz while fritz chess goes up above 2.0Ghz: this is noticeable in speed.
No worries, I had winrar using all the power once, but you could fry eggs on the laptop, so that's no good!

I'm surprised about the slower boot on the newer os. You should try Brink's tutorial here:
http://www.eightforums.com/tutorials/7806-fast-startup-force-use-all-users-windows-8-a.html
Even if you said that the option is not available, the registry settings may work.

I never used Server 2012 before but it seems to be in most part identical to Win8.

On the Windows 7 screenshot, Power plan was set on high performance during the WinRAR benchmark, but the screenshot was taken after I changed the power plan to "Balanced" which makes the CPU use "Intel SpeedStep Tech" to downclock it to 1.5 GHz at idle then back to normal frequency at load. In High Performance plan during the Fritz benchmark on both Windows 7 and Server 2012, windows forces the CPU to run at normal 2.2 GHz frequency even if the CPU is idle so that explains the discrepancy.

I only use the High Performance plan when doing benchmarking. I always leave it to "Balanced" since my CPU most of the time is idling and it generates less heat.

Unlike Windows 8, Server 2012 doesn't have that option to force fast startup in Local Group Policy Editor per Brink's tutorial. Start Up time isn't a big deal for me as I usually do something else while the laptop is booting.

I just want to add that in addition to Fast Startup, WEI isn't also available in Server 2012. Server 2012 does not support Hibernation since I get no option of enabling hibernate on the OS, even if I use Command Prompt powercfg.exe /hibernate on. I get error that hibernation is not supported, thus I don't have the hiberfil.sys on my root directory. Unfortunately, Fast Startup requires to have hibernation so like I said in the previous post, I don't have any complaints with the startup time. I love its post boot performance compared to Windows 7. I also notice much less HDD activity when idle. I guess they improved superfetch/prefetch and indexing service significantly compared to Windows 7.

I have had win 8 on my Dell Inspiron b130/1300 that has a 1.7ghz processor 1gb of ram and it seems to run pleasantly and suprisingly quick. running the consumer preview of it. question is when it is released will it work as well or be like vista....

Thanks for the new info. I didn't knew all that stuff regarding Server 2012.