How to Reset the Screenshot Counter in Windows 8​

Information
Windows 8 has a new Screenshot feature that allows you to directly capture a screenshot of your display(s) by pressing the Windows + Print Screen keys.

This tutorial will show you how to reset the screenshot counter in only your user account to have the counter start over in case you may have deleted some or all of your Screenshot (#).png files.

Note
When you reset the screenshot counter, the next time you capture a screenshot, the Screenshot feature will look in your Screenshots folder for any exisiting Screenshot (#).png files to see what their counter #s are. If any are found, then the new screenshot will be named using the lowest missing counter #.

EXAMPLE: Screenshots Folder
NOTE: Notice how each captured screenshot has a Screenshot (#).png name with an increasing index counter #. 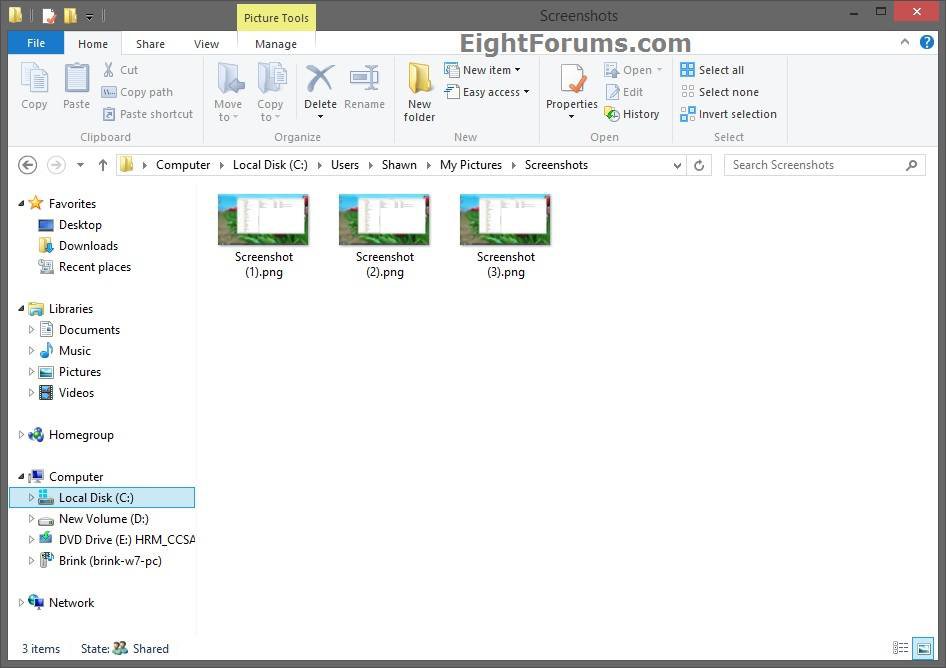 ​
​
2. If prompted, click/tap on Run.​
NOTE: If you like, you can stop getting the Run prompt by unblocking the downloaded .bat file.​
​
3. You will now notice a command prompt quckly open and close while applying the changes to your registry.​
​
4. The screenshot counter will now be reset.​ 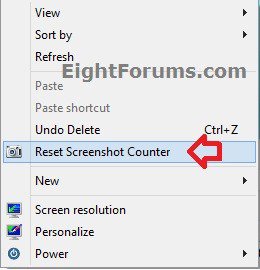 ​
​
1. Do step 2 or 3 below for what you would like to do.​
​
2. To Add "Reset Screenshot Counter" to the Desktop Context Menu​
​
A) Click/tap on the Download button below to download the file below, and go to step 4 below.​
​
Add_Reset_Screenshot_Counter_to_Desktop_Context_Menu.reg​
​

​
​
3. To Remove "Reset Screenshot Counter" from the Desktop Context Menu​
NOTE: This is the default setting.​
​
A) Click/tap on the Download button below to download the file below, and go to step 4 below.​
​
Remove_Reset_Screenshot_Counter_from_Desktop_Context_Menu.reg​
​