The latest version of Real Player still seems to be incompatible with Windows 8.

Every time I use it for any length of time it just breaks. Windows 8 It freezes, no information is to be seen on the page and also note the blue bar at the top of the screen instead of the selected system colour scheme. The downloading of Flash films using Real Player also does not work in W8. To get it working again the programme has to be shut down and reopened. When this happens Real Player also manages to bring down my ethernet connection, meaning a complete re-start of the computer is needed to get internet connectivity back up and running on the PC. Clean re-installs of the latest version of Real Player do not resolve the issue. Hopeless.

This is the only programme I have come across on my system that does not work as it should in Windows 8. 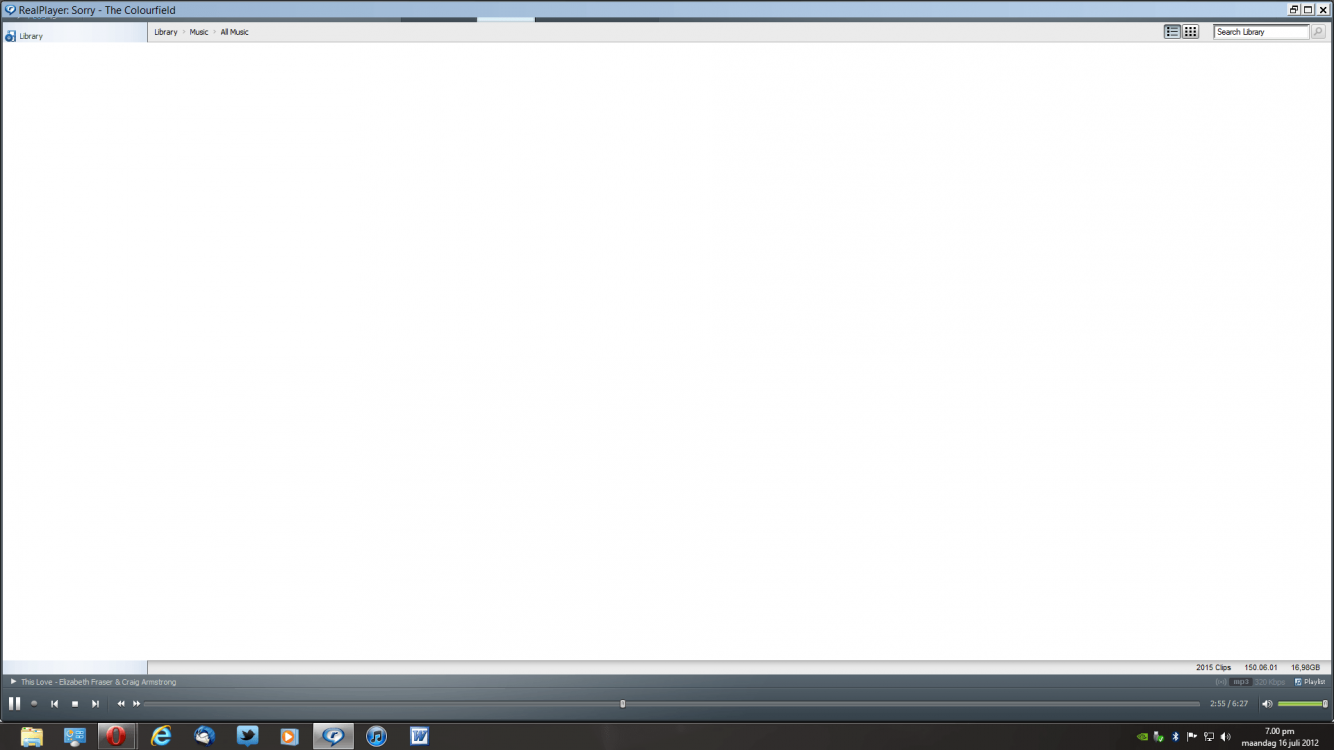 Realplayer 15 will load and display everything and properly imported my libraries. Just one major problem, when I start to play a video, it will play for about 2 seconds and then the video part just freezes. The audio continues to play. When I use the timeline, it will only display a still image of the video. Of course, it also refuses to play any ,flv files. And Windows 8 does not have a Windows player installed. I downloaded a universal player which works intermittantly. So I use another machine with Windows 7 in which Realplayer works flawlessly. BOB

USCBOB2010 said:
And Windows 8 does not have a Windows player installed.
Click to expand...

And it's goodbye Real Player with Windows 8 Final. It still does not work properly. UI freezes, the UI goes in to what was called basic non-aero mode in Windows 7 [see above screenshot: blue bar at top instead of correct system colour] and it manages to completely mess up the taskbar [other programme icons suddenly vanish for no reason]. How it manages to do this is a mystery. It's now off of my system for good.

It seems to works for me. I have an m4v playing in RP 15 and all is OK. I have played it a few times now. But I have other issues with the Metro Start page so I am not real happy this morning either. Anyway, I hope you get some help. These inconsistencies can be fitful. Just wanted to let you know that RP 15 seems OK on my machine. Maybe I am just luck, at least there.....