How to Add or Remove Power Button on Start Screen in Windows 8.1 Update​

Information
The Windows 8.1 Update released on April 8th 2014 via Windows Update, added a Power button on the Start screen.


This tutorial will show you how to add or remove the Power button from the top right corner of your Start screen in Windows 8.1 Update. 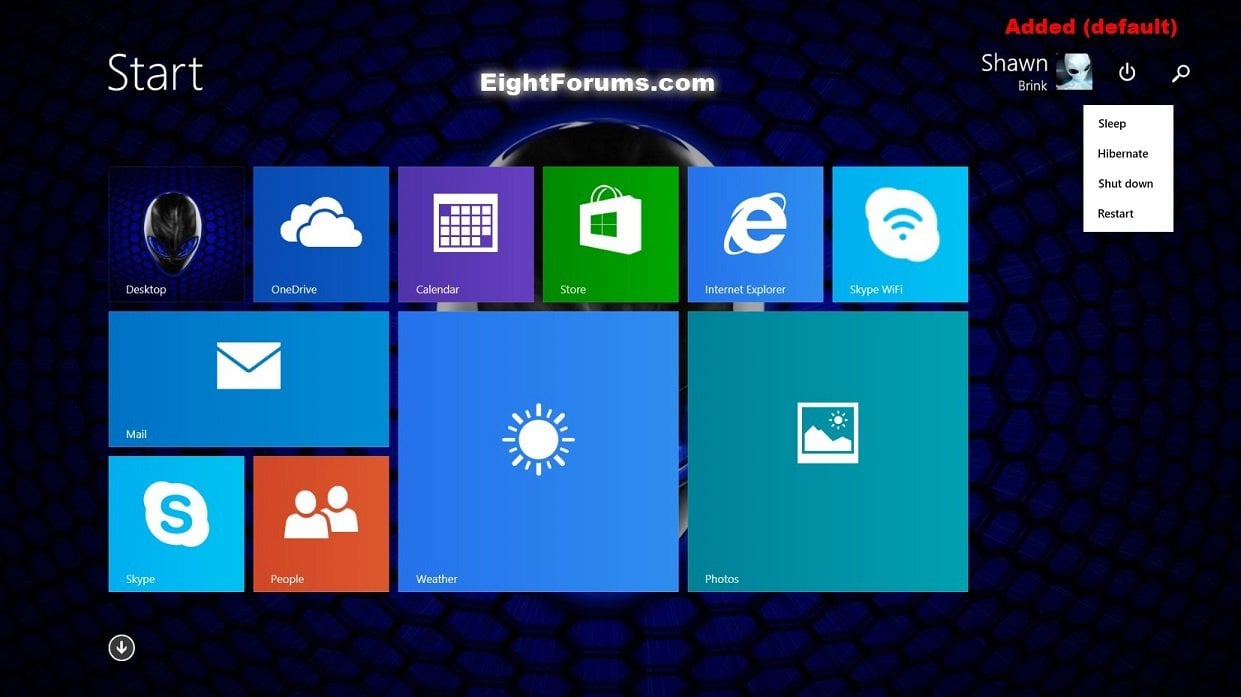 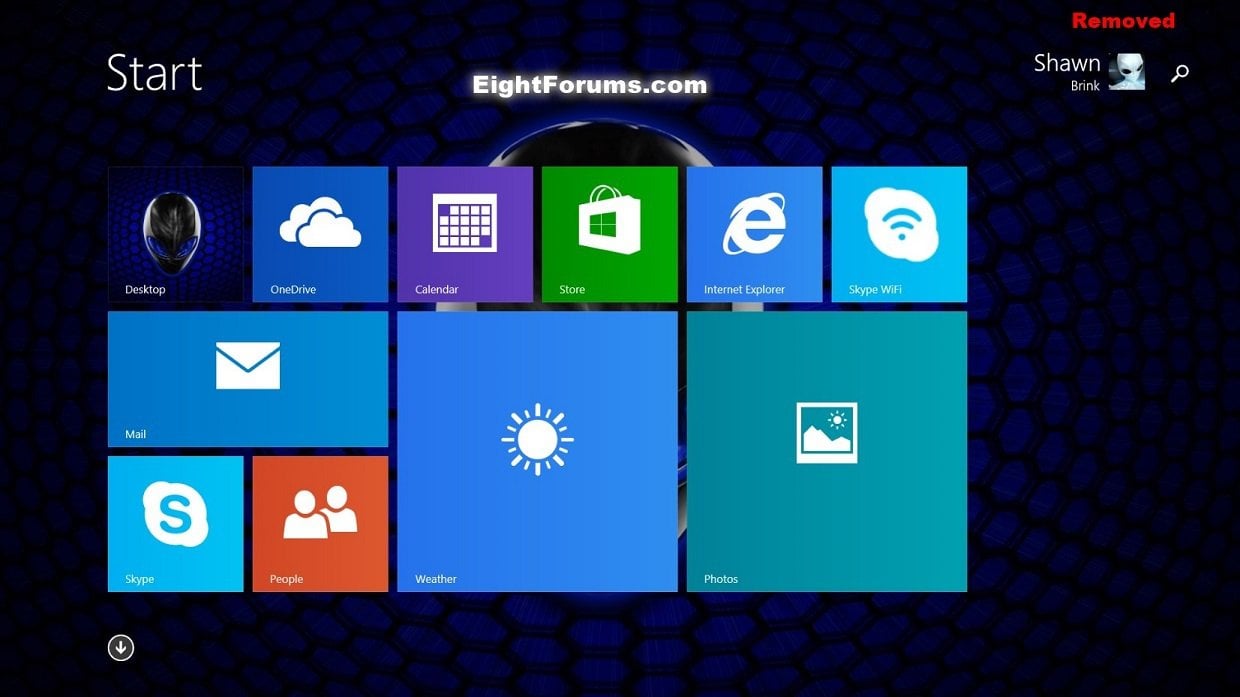 Note
The .bat files below are for the registry key and value below.

2. To Add Power Button on your Start Screen

NOTE: This is the default setting.

​
A) Click/tap on the Download button below to download the .bat file below, and go to step 4 below.​
​
Add_Power_Button_on_Start_Screen.bat​
​

​
3. To Remove Power Button from your Start Screen

​
A) Click/tap on the Download button below to download the .bat file below, and go to step 4 below.​
​
Remove_Power_Button_on_Start_Screen.bat​
​

5. If prompted, click/tap on Run.
NOTE: If you like, you can stop getting the Run prompt by unblocking the downloaded .bat file.

6. You will now notice your screen flicker as explorer is restarted to apply the setting.

I did this download to add the power button on my other computer. I clicked to open it and create a desktop shortcut. Suddenly I lost everything and was left with a blank screen. I switched off the computer by the power button. When I switched it on again I got the usual lock screen and was able to put in my password. Then all that happens is I am left with a blank screen again. How do I get everything back?

The .bat file also restarts explorer to apply the changes. It sounds like something interfered with explorer restarting.

You can do this below to open explorer. Afterwards, you should be good to go.

The .bat file also restarts explorer to apply the changes. It sounds like something interfered with explorer restarting.

You can do this below to open explorer. Afterwards, you should be good to go.

Thank you for your reply. The situation has actually resolved itself. I had to go away and do something else for a while. When I came back to look at it again, everything had come back up, complete with power button. Perhaps I was being a bit impatient and hadn't allowed enough time for it to complete the operation. Anyway, everything is good and thank you for your help

Great news. It should have only taken a second to finish. Something running had interrupted or delayed explorer restarting.

It's pretty poor that we have to resort to the registry for all these changes. I have a folder of these .reg files that I have to run every time I receive an update, as it tends to reset the registry changes.

Yeah, we've had some major updates lately that would have reset things back to default. Hopefully the next Windows 8.1 Update 2 to be released soon will be the last for a while that resets things.

I downloaded the bat file and ran it on my Acer Iconia W3, but it didn't add the shutdown button to the start page. Any additional help would be appricated as I would like to eliminate that extra step when shutting down the tablet.

This would require that you have Windows 8.1 Update installed. Double check to make sure that you have all Windows Updates installed. You may need to check for additional updates after finished installing any current ones to see if you have more available.

I do have the 8.1 update and I checked for additonal updates before I downloaded the bat file.

I just checked through the registry editor and the value is set to 1, so the power button should be there, right?
Last edited: Aug 11, 2014

Odd. By default, the power button shows after installing the Windows 8.1 Update.

Do you have the search button on your Start screen like in the example screenshot in the tutorial? If not, then it doesn't sound like you have Windows 8.1 Update installed.

Yes the search icon is there next to the user photo. Could this have anything to do with the tablet only having an 8.1" screen?

Yep, that would be why then.

If you like, you might see if this tutorial below may work as an alternative. See the "Related Tutorials" links at the bottom of the tutorial for shortcuts that you could "Pin to Start" to use as well.

Nice one. Any way to get rid of the redundant search button also?

Not that I know of so far.

Strange, this tweak doesn't work on my machine any more.

Edwin said:
Strange, this tweak doesn't work on my machine any more.
Click to expand...

Odd, it's still working for me. Did you restart explorer afterwards to apply? If so, you might see if restarting the PC may work better.

Edwin said:
Strange, this tweak doesn't work on my machine any more.
Click to expand...

Odd, it's still working for me. Did you restart explorer afterwards to apply? If so, you might see if restarting the PC may work better.
Click to expand...

Naw, restarted explorer, signed out and in, restarted machine, shut down and powered up; nothing!
Got me baffled! 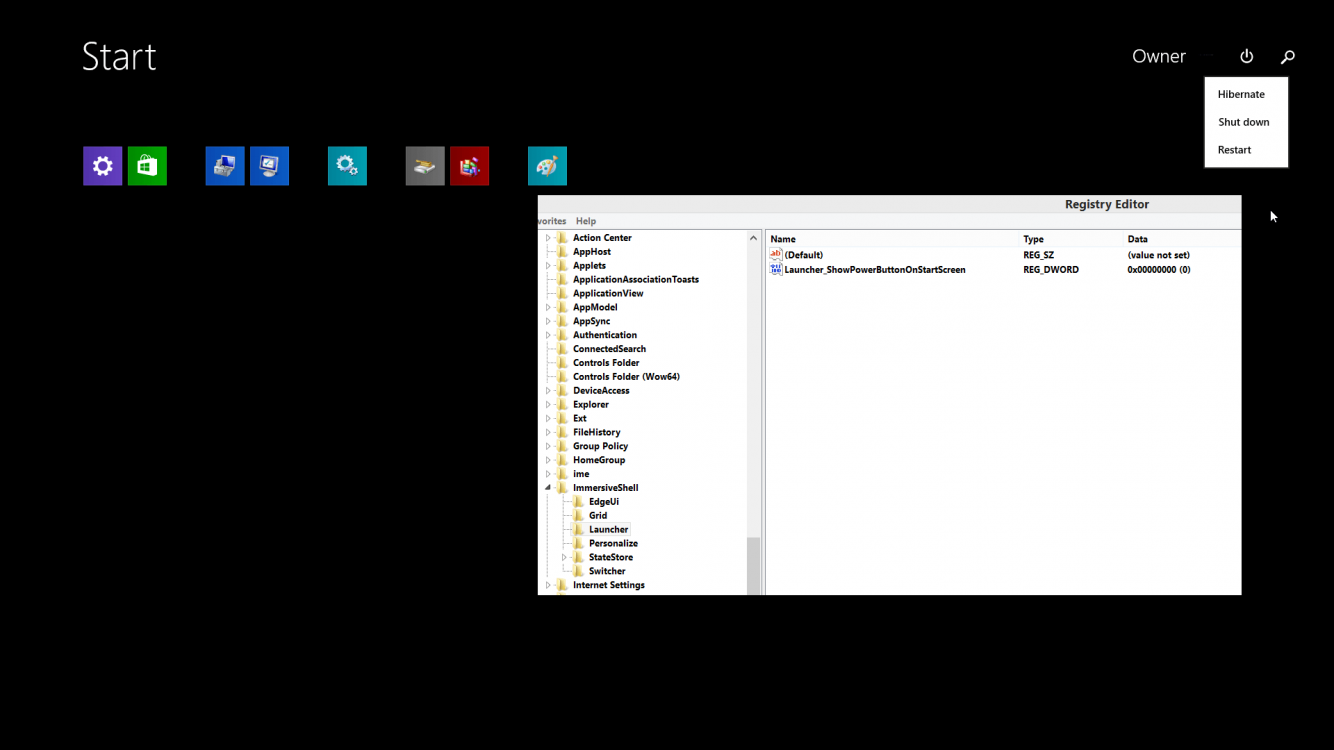 Odd. I'm not sure why it's not working for you then. Do you have a 3rd party program installed that may be overriding it?

You might also do a search for that DWORD in the registry to see if you have any other entries for it that may be affecting this.

Thanks for your help for downloading the power button to the start screen!!...I have been wanting it for my little Asus laptop for a long time....Great!...*john