When you install the OneDrive desktop app for Windows on a PC, that PC appears on OneDrive.com, in the left pane under PCs. You can use the Fetch files feature to access the PC's files and folders that aren’t saved in your OneDrive folder from another computer by going to OneDrive.com. When you browse a PC remotely, you might be asked to enter a verification code if the PC you are on has not been added as a trusted device for the Microsoft account used to sign in to your online OneDrive.

This tutorial will show you how to add or remove PCs from OneDrive to be able to access the files and folders of that Vista, Windows 7, or Windows 8 PC online at OneDrive.com from any PC.

Note
If you remove (disconnect) a PC from OneDrive, the OneDrive folder on that PC won't be synced and kept up to date, and you won't be able to fetch (browse) files and folders on the PC from other computers at OneDrive.com.

Tip
You might want to move any folders you already have on OneDrive to the Documents and Pictures folders on OneDrive to make them easier to work with in your apps. 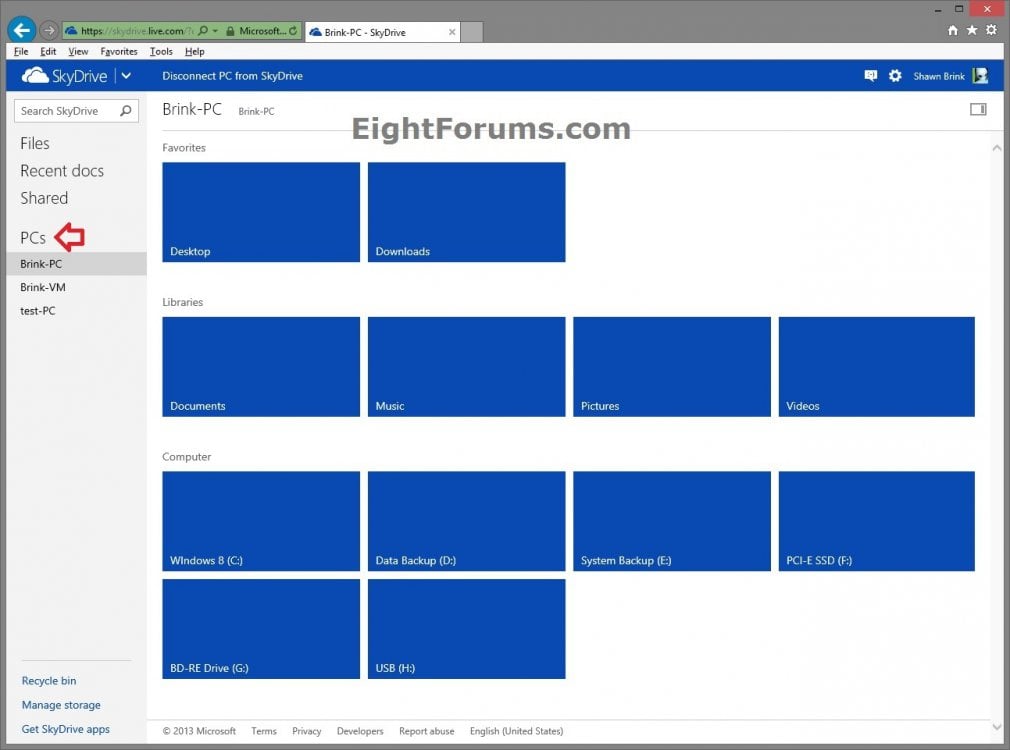 To Add Windows PC to OneDrive

Note
This option does not apply to Windows 8.1 PCs.

Fetching files on a PC running Windows 8.1 isn't supported. If you upgraded a PC to Windows 8.1, or no longer user the OneDrive desktop app on a PC, then you can use OPTION TWO below to remove the PC from the list. 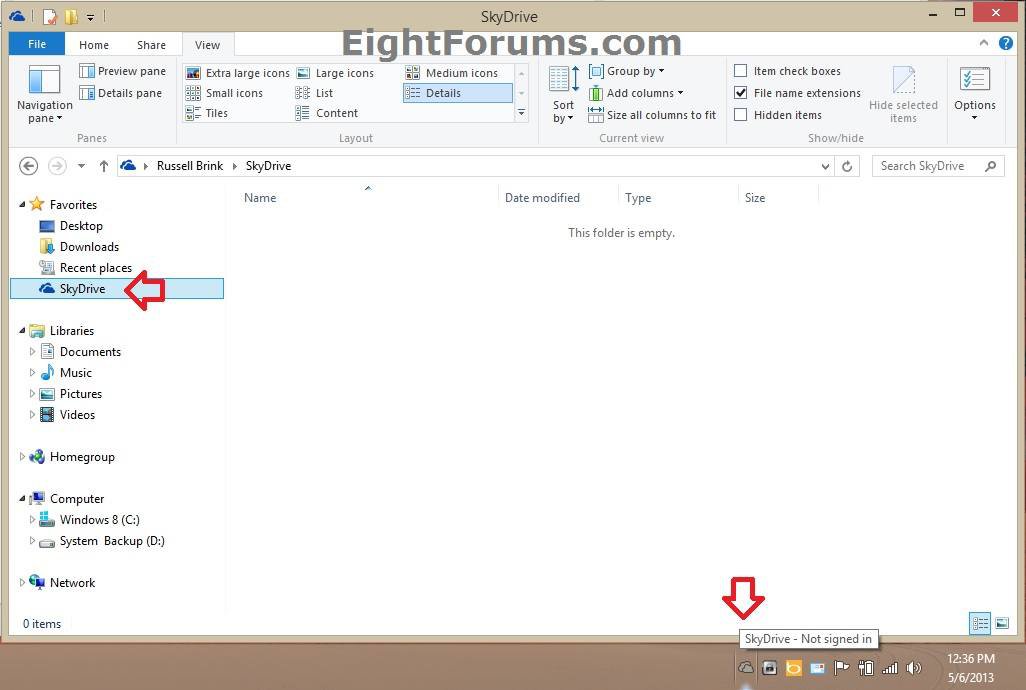 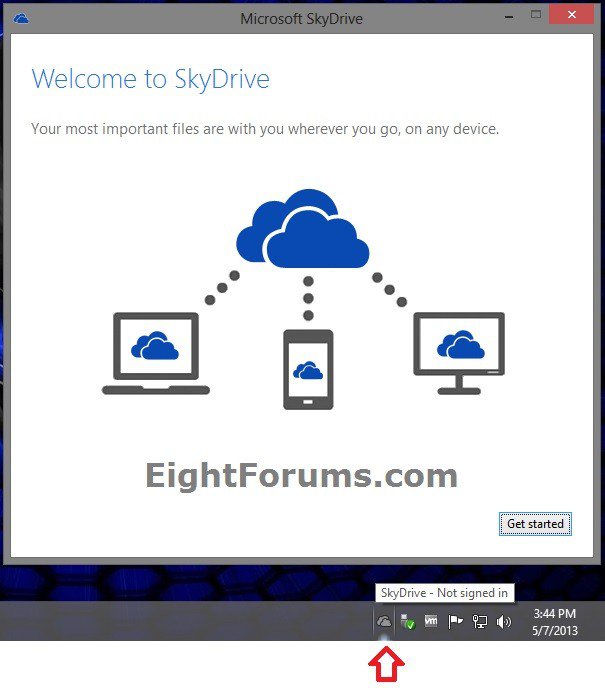 To Remove a PC from OneDrive
​
1. Go online and sign in to your OneDrive at OneDrive.com with your Microsoft account credentials.​
​
2. In the left pane under PCs, select the PC you want to remove from OneDrive. (see screenshot below step 5 or 6)​
​
3. If this PC or device is not a trusted device, then you will be prompted to enter and submit a security code sent to your phone or alternate email address. (see screenshots below)​
​ 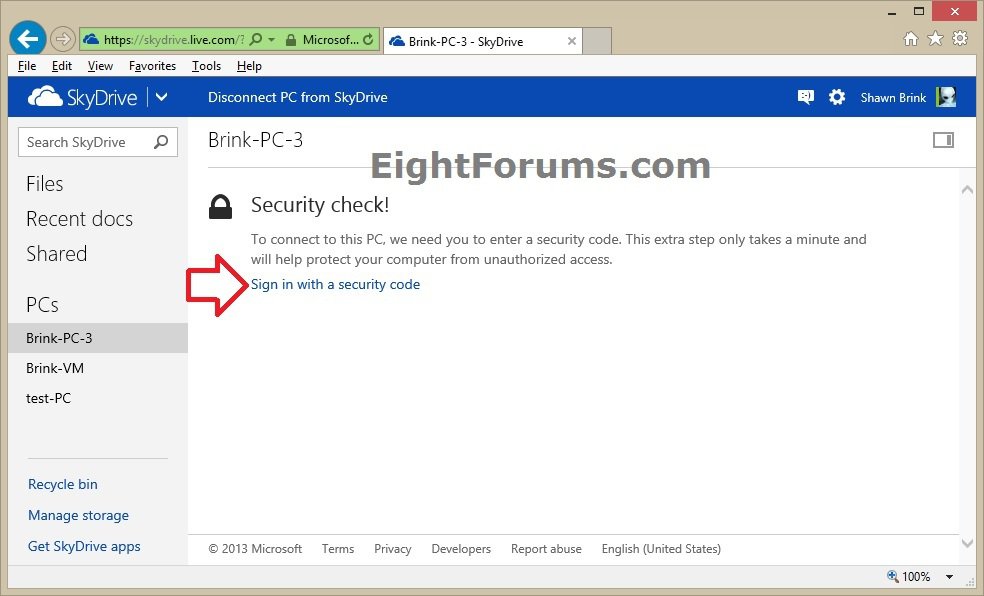 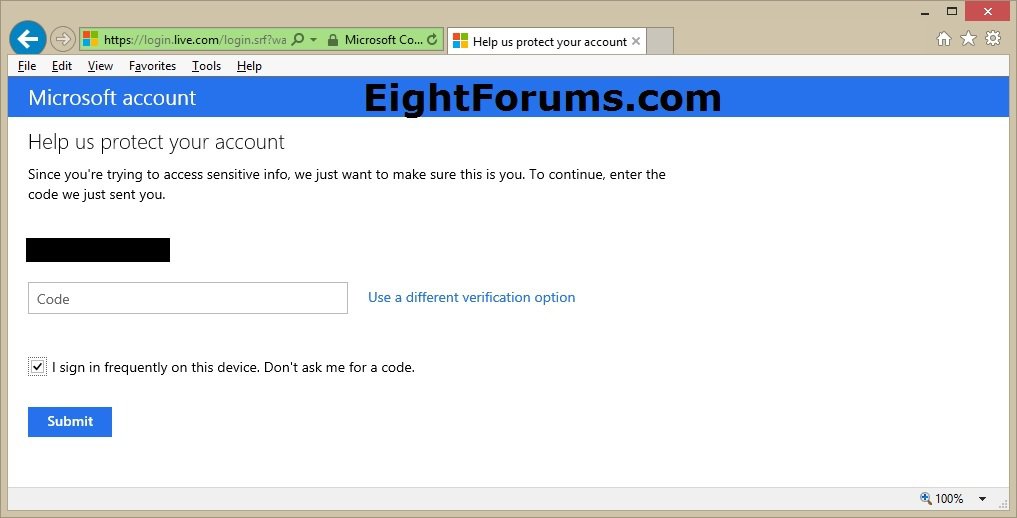 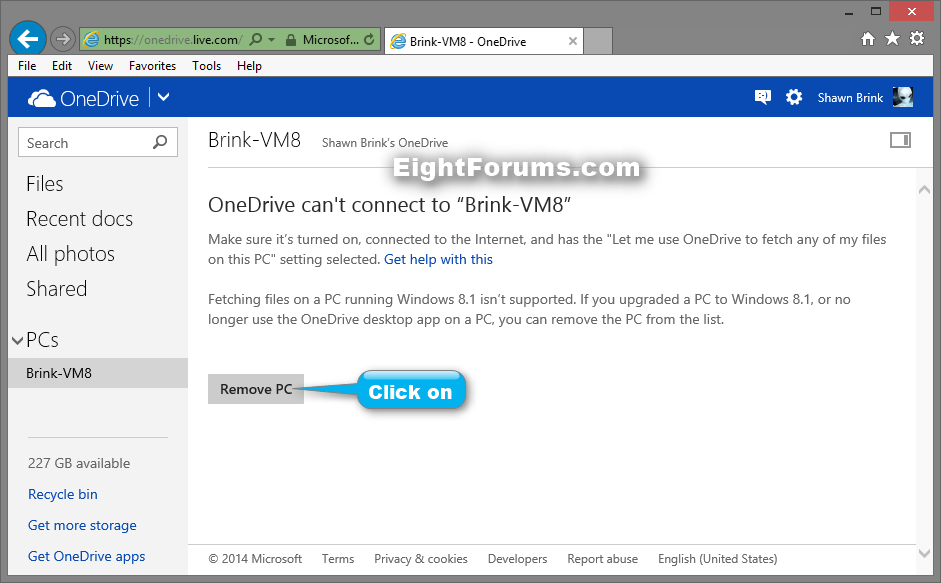 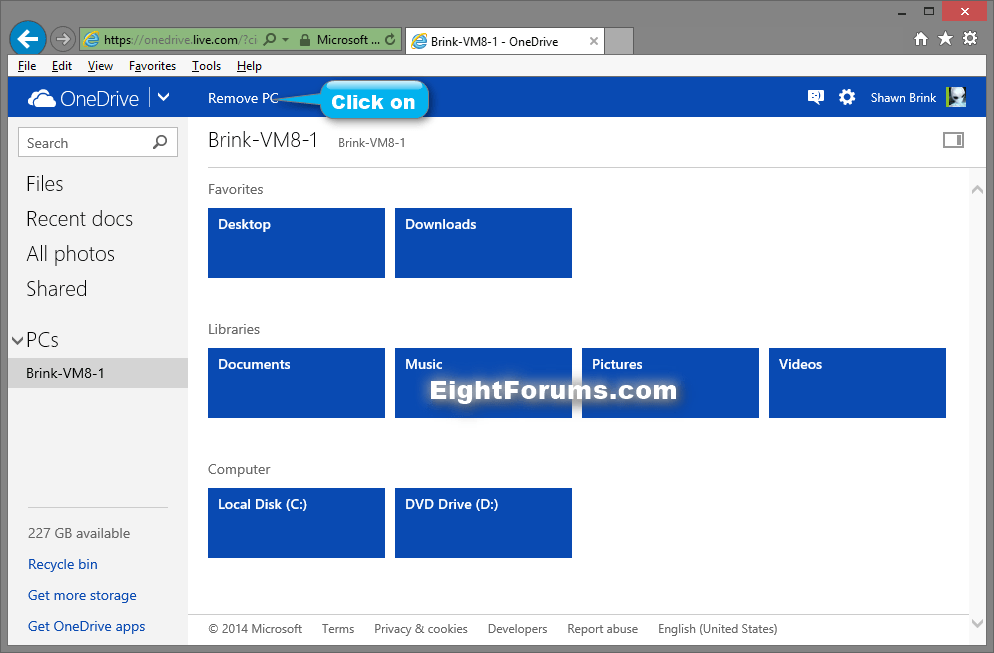 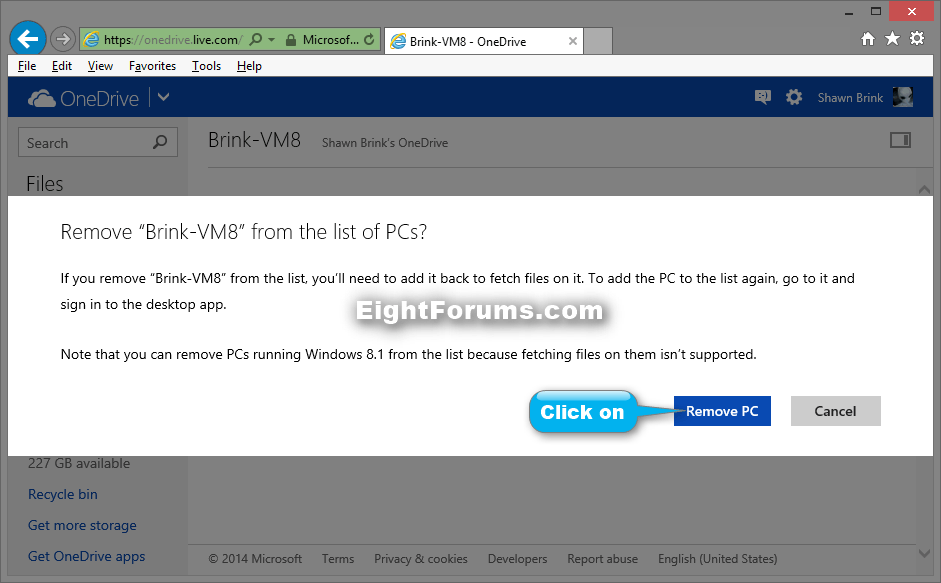 I`m Afraid You Can`t Do That Using The Desktop App Like On The Skype Windows 8 App You Cannot Block People.<br>Sorry

This is just to add or remove a PC that has the Windows desktop app installed to be listed or not at SkyDrive.com under PCs. It's not about blocking people at all.

This is just to add or remove a PC that has the Windows desktop app installed to be listed or not at SkyDrive.com under PCs. It's not about blocking people at all.
Click to expand...

Nope. You would have to sign in to SkyDrive.com to be able to remove a listed PC as per the tutorial.

Only PCs with the SkyDrive desktop app installed and setup are added to the PCs list at SkyDrive.com though.

The SkyDrive "Store" app in Windows 8 doesn't add the PC to the PCs list at SkyDrive.com. Only the SkyDrive desktop app does.

I had my old laptop on onedrive as a PC and realized it had the same name as my new laptop (8.1 recently installed). Now there are no PCs and no option to add on ONEDRIVE. Do I have to run setup again? If so, how do I do that?

This doesn't apply to Windows 8.1.