This is about power management. I have not found a forum so I put it in the General Discussion.

When I installed Windows 8, I had no issues with power management whatsoever. Shortly after that I could not sleep, hibernate or shutdown my laptop computer.

I have since fixed the shutdown issue which turned out to be related to the graphics driver.

Still no hibernate mode. The system would just turn off the screen but not do anything otherwise.

I noticed the error 45 of volmgr in the event log.

The system could not sucessfully load the crash dump driver.
Click to expand...

A Google search led me to the solution.

While the above link is for Windows 7, I can confirm that it still works (or rather the issue still exists) in Windows 8.

Prior to Windows 8, I had a Windows 7 installation running on the laptop. And I had Truecrypt encryption for the entire harddisk (including the Truecrypt bootloader).

I used the Easy Transfer tool to transfer my data to Windows 8 and it put a Truecrypt registry entry in the Windows 8 registry: 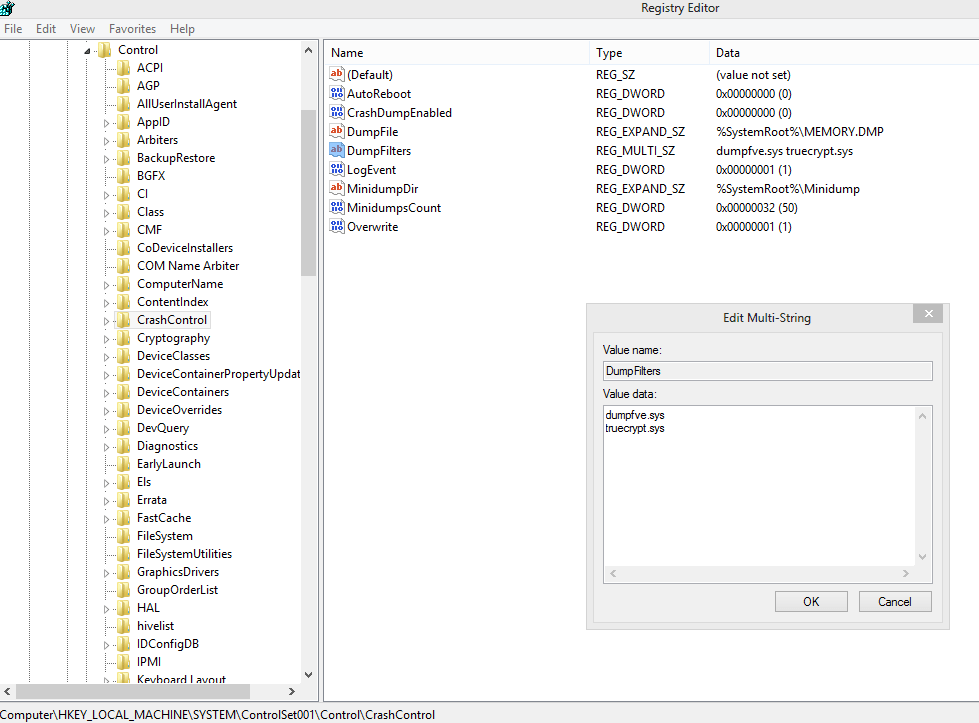 I found an entry for Truecrypt.sys in DumpFilters located in

This caused the "The system could not sucessfully load the crash dump driver." error.

Although I had reinstalled Truecrypt in Windows 8, the harddisk is not yet encrypted. The solution is to remove the Truecrypt.sys from the registry entry.


After a restart the hibernation mode works again!