Status
Not open for further replies.

So I just upgraded to W8 from W7, and I am severely disappointed by the lack of Anna from my text to speech voices. I was so used to her on Mumble when text is read out, and now it's David.

Does anyone know how I can get Anna on my Windows 8 and use her on Mumble?

Managed to change the voice that is used in Mumble, just need Anna now

I apologize for bumping such an old thread, but I could find no other solutions and this post applied to my situation. I would like to get the Microsoft Anna voice on my windows 8 and use it in mumble. I already installed the trial of Streets and Trips 2010, but this did not install Microsoft Anna in my list of Text to Speech options.

Any help in getting this to work / telling me if it is possible would be appreciated.

Hazel is a good voice, but Anna would be nice as an option. I got Sam, Mike, and Mary from Windows XP to work in Windows 8 (and no, not in Speakonia, but in the actual Microsoft TTS engine), but Anna's voice just doesn't want to work for some reason. You would think that if those voices worked, surely Anna would too. But her voice just doesn't want to play. I'll keep trying to figure this out.

Level 25 Necromancer here. I also wan't to ressurect Anna (much like im trying to do with this thread)

Jokes aside, I'm wondering if you ever got around to writing that tutorial on how to get her to work on win 8/8.1

Ah yes, I forgot about this. I'm so sorry, I've been rather busy with finals and such. But anyways, I'll write that tutorial as soon as possible (won't be long since I'm done with school until January).

I also got around to doing the same thing for Microsoft Sam, Mike, and Mary.
Download the Windows XP TTS voices

And before anyone asks, I could not get LH Michael and LH Michelle to work in the 64-bit TTS. The only way I could get them to work at all with the 32-bit version was by installing Microsoft Reader.

Thanks, Butters, I was just looking for this. It behooves me that Microsoft feels it's better to replace it's voices than add new ones (and set the new ones default). It's ideal to have a lot of options in this category.

I am tinkering with program that would use voice. I'm not sure what voice I'll end up using with it, but if I use an older voice, I'd really love if I could potentially include your script and credit you for it. You should leave a credit line commented in your scripts, Butters.

Help on getting the voices to work

Hey, I am new to the fourm. I have downloaded those voices and they won't work. It says it couldn't be played. It tells me Try another device everytime. I ran the batch files as Administrator and no luck They won't work. It even give me an error saying it couldn't find the entry level server of the file and make sure the MSTTS Loc. dll is valid and other files succeeded. I'm on 64 Bit Windows 8.1. Any help to solve the problem would be appericated?? Thanks

Try running cmd and then run the batch file from there. Then tell me what you see in the cmd window.

I run the cmd as admin and it says C:Windows\System32 and I typed dir C:\Users\Downloads\XP-Voices\XP-Voices-x64.bat says file not found. How do I run the bat file as admin?

How do I run the bat file as admin?
Click to expand... 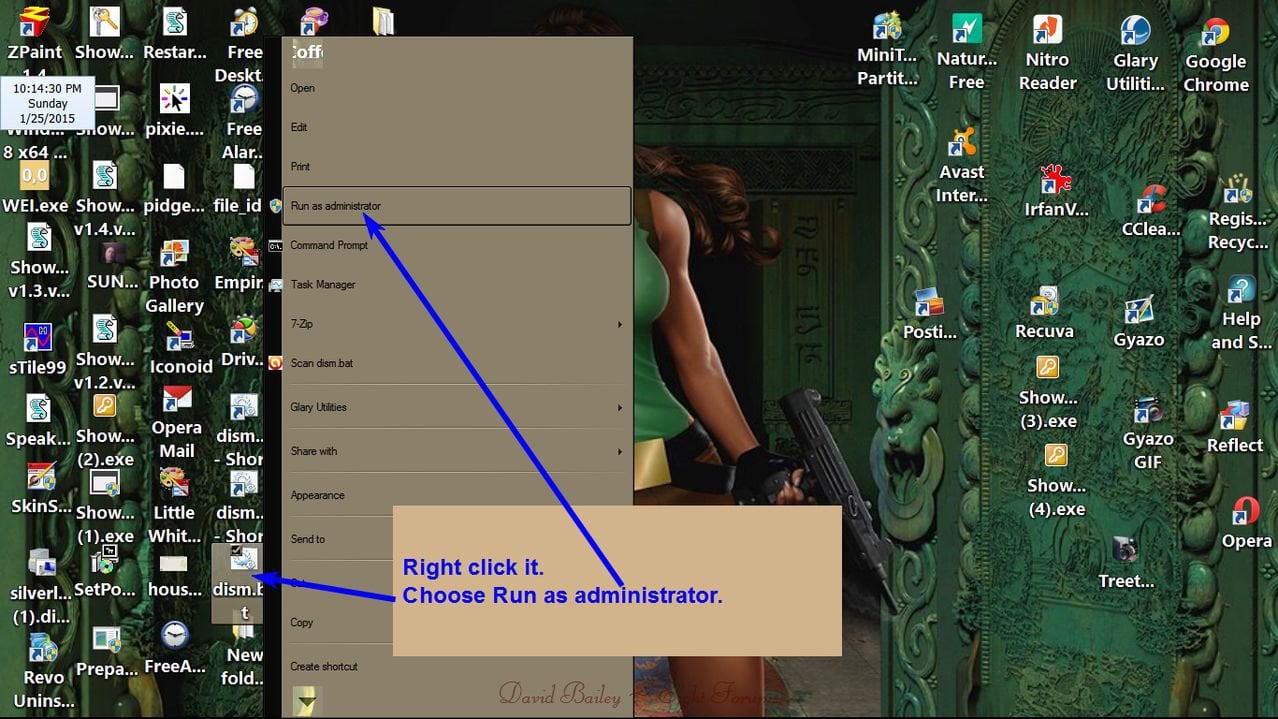 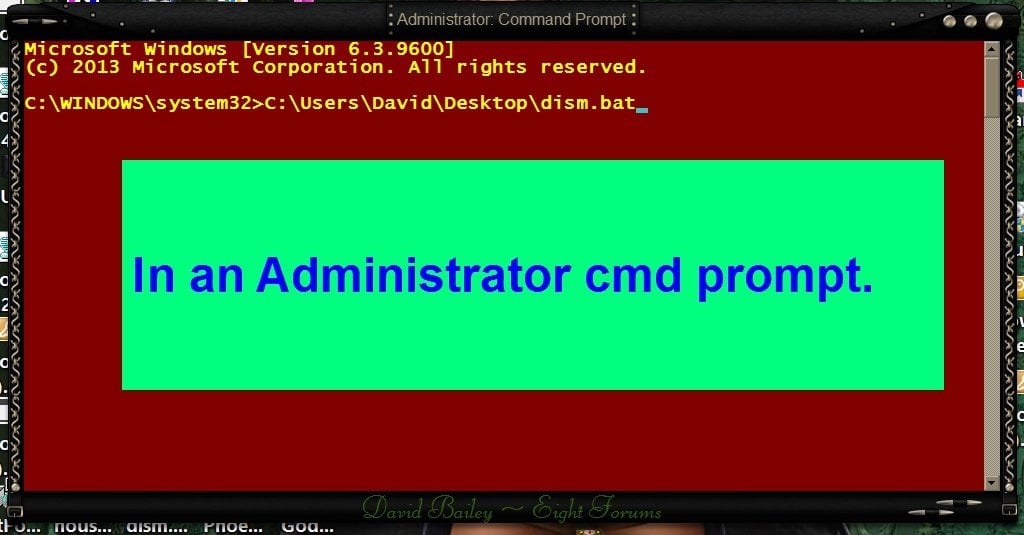 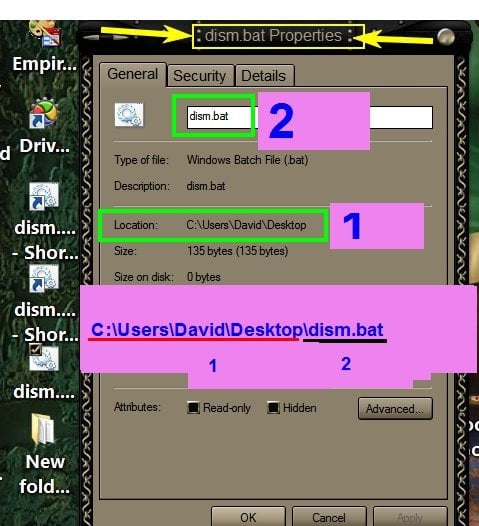 I got the XP Voices to work but I still can't get Anna to work. I used the CMD to open the bat file for anna and it said file could not be found. i tried run as a admin and didn't w

I got the XP Voices to work but I still can't get Anna to work. I used the CMD to open the bat file for anna and it said file could not be found. i tried to run file as admin and didn't work.

Alright, try copying all of the files manually. After you've done that, run these commands if you're running an 64 bit system:

or these commands if you're using a 32 bit system:

Remember if you're using a 64 bit system, the files in the x86 directory go into Program Files (x86).

I tried copying all of the files manually and tried the CMD Commands and it gave me this error Didn't work and Yes, I am running a 64 bit System 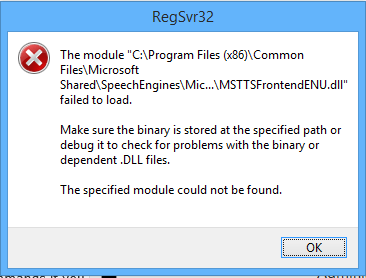 Did it do this for all of the commands? One of them will give you that error, but it should still work.

Thank you SO much for this tutorial! It's a little embarrassing for me to admit how much I wished for the "anna" voice to be available on Windows 8, after getting so used to it on Windows 7. Having the voice that I'm used to definitely makes listening to documents much more pleasant! Thanks again! The voice worked for me after pasting the first command, which was a huge relief because I have no experience with this sort of thing.

Little bit of an old thread I am aware but I too am looking to get Microsoft Anna working on my machine. I'm working on getting Windows 8 Pro updated to 8.1 Pro soon enough (fresh install with an 8 Pro key) so I guess I will try this again at 8.1 Pro. So far nothing is working Butters although I appreciate the work you did.

I actually tested this on Windows 8.0 and it did work. It's a shame Anna doesn't seem to be working for some people, hopefully we can figure out what's going wrong. She works just fine for me though, so I don't know what's happening.

Status
Not open for further replies.