I'm trying to run MEMTEST86 to test some memory which I suspect is bad so I can RMA it. I have 2x kits of 8GB DDR3 memory. Since I put in the second kit my PC has randomly been rebooting with no onscreen errors. I took that 8GB kit out and now it doesn't reboot anymore. But in order to have it RMA'd Corsair requires me to provide Memtest results.

Anyway, my PC doesn't have an optical drive so I have used memtest's USB Boot installer thing to create a bootable USB stick and plugged that in.

I am running Windows 8 and an Asus P8Z77-M Pro motherboard.

When I go in the BIOS the USB drive is detected there, it is a Lexar drive. If I set my boot order to be USB -> then my SSD it doesn't boot from the USB at all, it just goes straight to booting into Windows.

If I just tap F8 whilst booting to manually choose what I want to boot from I see the Lexar USB stick in there but if I choose it I start to see that Windows 8 blue dot rotating loading thing, then it just freezes in place and nothing happens. Neither the USB or Windows boots at that point and I have to manually reboot the PC.

Any help here guys? Thank you.

Something of note in order to get Windows to boot normally I can't specifically choose my SSD as the boot device, I have to choose the uhh..I think it's called Windows Boot Loader or something like that in the BIOS. 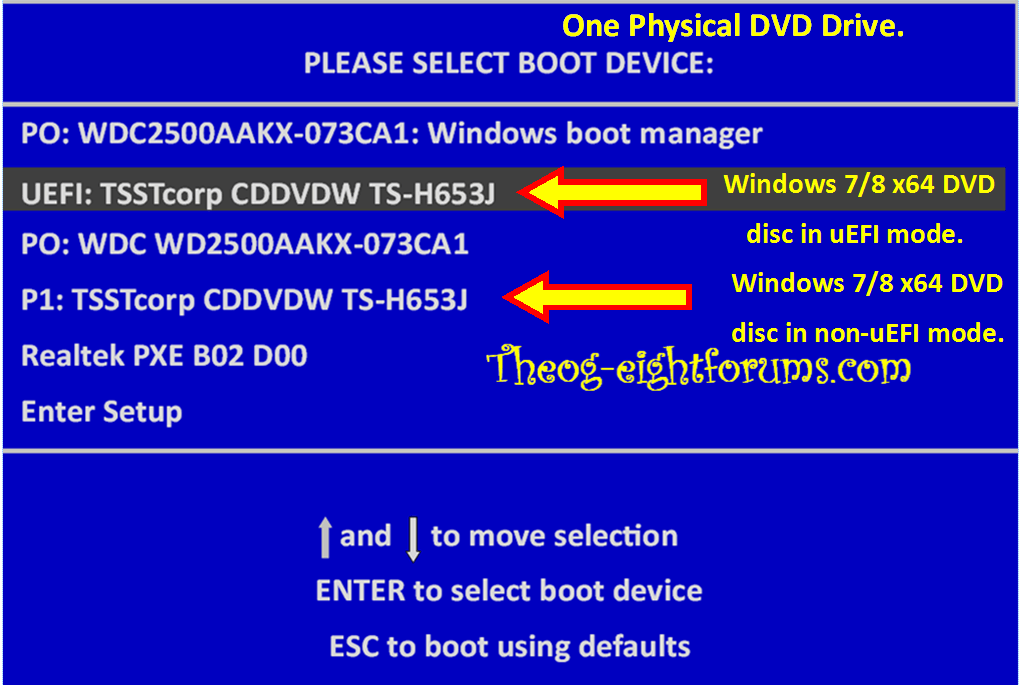 Is this ASUS a Windows 8 Pre-Installed?

Member
No it's not pre-installed. I installed it myself from a previous Windows 7 installation. Meaning I had Windows 7 before, created a Windows 8 bootable USB from the Windows 8 "Upgrade" I purchased when Windows 8 first released and installed it from there after doing a clean format on the drive.

Is Secure Boot ENABLED or DISABLED?

Member
I don't know what that is. Where can I find it?

VIP Member
Member
You will find that in the Bios 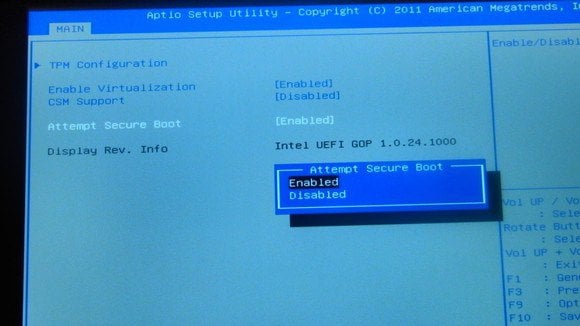 Member
I tried to find it in my BIOS but I can't seem to find it anywhere. I looked at BIOS for P8Z77-V Pro which is similar board to mine and it's apparently under the Boot section, so I went there with mine but I don't see anything about Secure Boot there.

I will try to find it on the net and then go check it. Would that stop this USB from booting?

Naossoan said:
I tried to find it in my BIOS but I can't seem to find it anywhere. I looked at BIOS for P8Z77-V Pro which is similar board to mine and it's apparently under the Boot section, so I went there with mine but I don't see anything about Secure Boot there.

I will try to find it on the net and then go check it. Would that stop this USB from booting?
Click to expand...

If you have Secure Boot ENABLED, only bootable CD/DVD or USB software, which is signed by Microsoft will boot.

Member
OK So I guess my BIOS was a fairly older version. I updated it to the newest version and there was then a Secure Boot settings in the Boot section of the BIOS. It was set to Windows UEFI whatever, so I set it to "Other OS" yet the USB stick still would not boot even when manually selecting it from the F8 menu during boot up...

I ran the USB Installer from memtest's website so I don't think it's anything wrong I have done with the USB stick itself??

What other options do I have? :\

so if you have the new ram kit in by itself with out you old ram in the computer, will not boot at all correct ?

Member
The USB stick works fine otherwise. I have used it to play music in my car, transfer files from one computer to the other and stuff like that, plus it's almost brand new.

I haven't tried only the suspected bad RAM kit. It's 2 4GB sticks and when I had them in before it would only crash/reboot sometimes. I would say probably once a day but at random times with no error messages and nothing in the event viewer to indicate any problem. The only reason I figured out it was the RAM was because I was trying to think if anything in my system had changed because I built the system several months ago.

It was then that I had realized I had put in those new sticks of RAM and it was around that time that the system had started randomly crashing/rebooting. So I took the RAM out and unsurprisingly my system does not crash anymore.

I guess what I will do since I can't get memtest to boot up is I will put in each of the 4GB sticks by themselves and see which one the system crashes with and just note my findings with Corsair. Hopefully they will still take the RMA without a valid memtest result....but so far it seems like it's a requirement for their process :\

I haven't done this already because this is my only system and I use it every day to play a lot of games and such so 4GB of RAM is not ideal.

VIP Member
Member
Naossoan Please try and make another copy of memtest86. There might be a problem with the disc. Make sure all settings in the BIOS are set to point at the CD DVD drive. Check to make sure that there is no secure boot, in either Main or Boot options. The disc should load up. If a memtest86 proof is required you'll need it. I just found my Motherboard had gone in my laptop only 3 months old....A memtest86 clarified that to the company concerned.

Member
I got memtest to work finally, and thanks Tarka but I am not using a CD ROM as mentioned in my original post, it is a USB thumb stick.

As it turned out when I pressed F8 to select a boot option there were 2 version of my USB stick in there. One was just the stick and the other one said UEFI: Lexar blah blah

If I chose the UEFI one it would just load into windows, not loading memtest. I hadn't noticed the one not leading with UEFI previously so I selected that one and it ran memtest!

So I ran memtest on each stick of RAM for 2 passes and it didn't give me any errors. It's very odd because my system was rebooting randomly after installing that set of RAM and when I took it out the rebooting stopped. So what else could it be!?

Naossoan said:
So I ran memtest on each stick of RAM for 2 passes
Click to expand...

Do a memtest overnight as they can take some time to show up. I had to do it twice to find mine.

Member
ok thanks when I go to bed I will run memtest on one stick, then the next night I will run it on the other stick I guess.

Corsair wants me to test each one individually I think.