How to Find the BIOS and UEFI Firmware Version in Windows​

Information
BIOS is a program built into personal computers that starts the operating system when you turn on your computer. It is also referred to as system firmware. BIOS is part of your computer's hardware and is separate from Windows.

UEFI (Unified Extensible Firmware Interface) is a standard firmware interface for PCs, designed to replace BIOS (basic input/output system). This standard was created by over 140 technology companies as part of the UEFI consortium, including Microsoft. It's designed to improve software interoperability and address limitations of BIOS.

This tutorial will show you different ways to find out what the current BIOS and UEFI firmware version is for your motherboard in Vista, Windows 7, and Windows 8.

This could be helpful to see if you have the latest BIOS or UEFI firmware version installed. 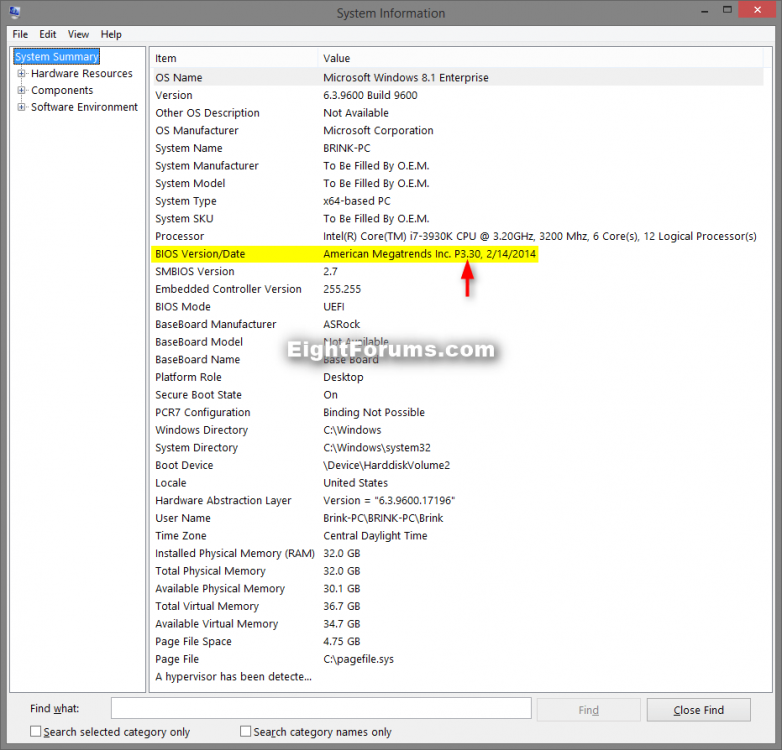 ​
1. Press the :winkey: + R keys to open the Run dialog, type regedit, and press Enter.​
​
2. If prompted by UAC, then click/tap on Yes (Windows 7/8) or Continue (Vista).​
​
3. In Registry Editor, navigate to the location below. (see screenshot below)​
​
HKEY_LOCAL_MACHINE\HARDWARE\DESCRIPTION\System\BIOS​
​
4. In the right pane of BIOS, you will see the BIOSVersion and BIOSReleaseDate string values.​
​ 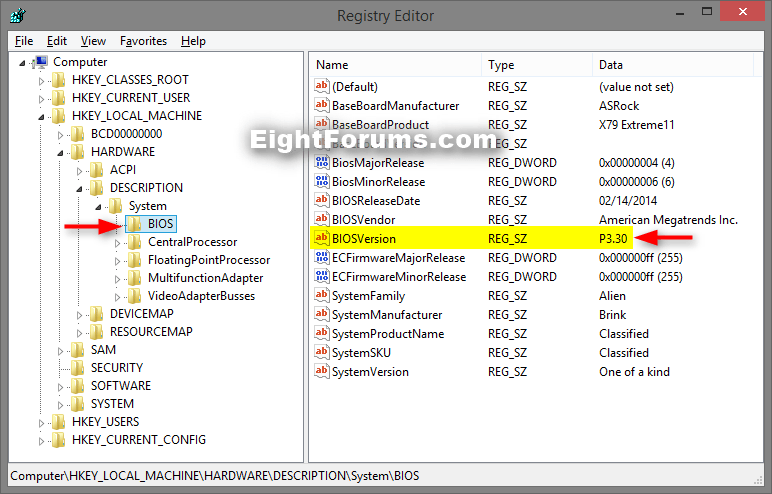 ​
1. Open a command prompt.​
​
2. In the command prompt, copy and paste the command below for which one you would like to use, and press Enter. (see screenshots below)​
​
​
wmic bios get manufacturer, smbiosbiosversion​
​

​
1. Do step 2 or 3 below for what you would like to do.​
​
2. To Boot to BIOS or UEFI​
​
A) Procedures vary depending on the BIOS or UEFI manufacturer. Usually, you must press a key (such as F2, F12, Delete, or Esc) or a key combination immediately after you turn on your computer before Windows starts. For more information, check the information that came with your computer or motherboard, or go to the computer or motherboard manufacturer's website.​
​
3. To Boot to UEFI in Windows 8 and 8.1​
​
A) For how, see: How to Boot to UEFI Firmware Settings from inside Windows 8 and 8.1​
​
​ 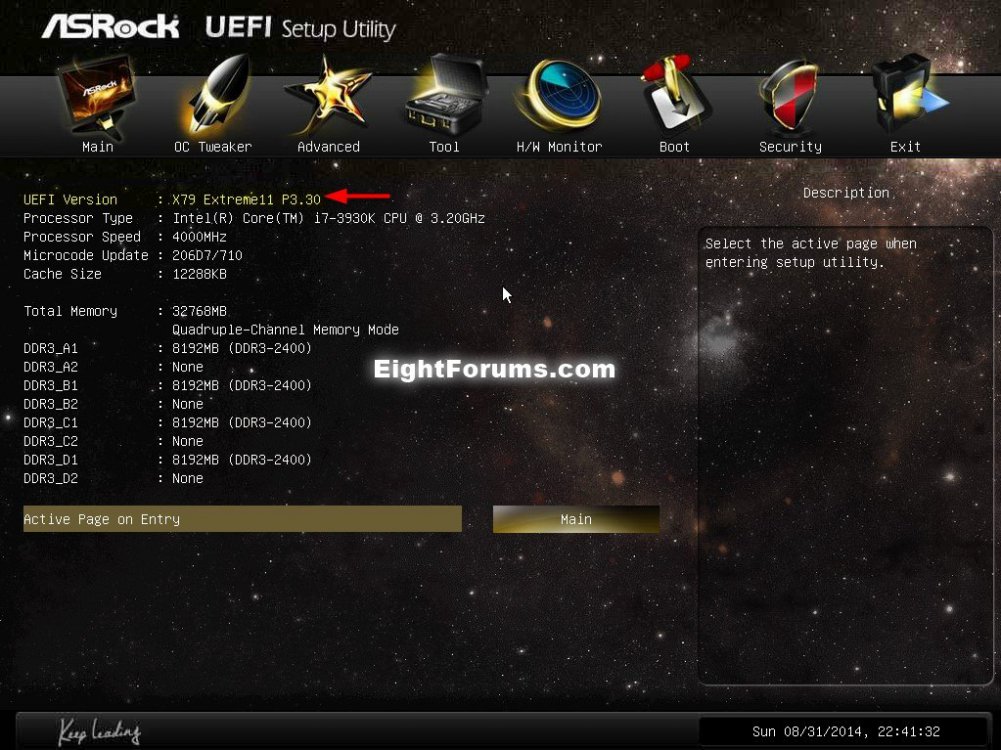 Reminder for after new BIOS Flash

I just updated(flashed) to the latest BIOS for my Lenovo H530(3rd time since I bought it in October last year) and one thing people should remember to do after is after the system reboots, one should go back into BIOS and check that everything is set to what you want/it should be. In my case it sets the BIOS to legacy default and I must go to "Set OS Optimized Settings", otherwise secure boot & quick boot are not turned on, and these are what makes Windows 8.xxxx the safest/fastest booting Windows OS to date.